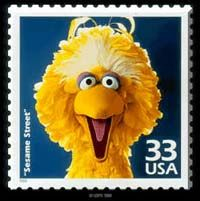 Migrating birds should have a safer journey now that the US Post Office has altered the exterior of one of its Manhattan facilities. Migrating birds have annually fallen prey to the Morgan General Mail Facility in Chelsea. The distribution center between 9th and 10th Aves. has a south face that reflects the trees in Chelsea Park on 28th St. Thinking they've found a nice perch, many birds smack into the side of the building. Volunteers for the Audubon Society counted 338 avian fatalities at the Morgan mail building during last fall's migratory season.

According to The New York Times, The Audubon Society identified 66 different species of birds who ended their lives at 28th St. between 2002 and 2006. None of them were pigeons, who have apparently caught on over the years to the difference between real parks and reflected parks on buildings. Observers expect the "carnage" will be curtailed this year, however. The USPS met with an architectural consultant and employed a company named Surfacecare to place a black vinyl film over the 440 glass panels on the building's south face. The glass panels aren't even windows, so workers at the distribution center aren't being consigned to a season of sunless drudgery to help out the birds.

The Audubon Society's "Project Safe Flight" is currently looking at other buildings in Manhattan and Brooklyn to evaluate the danger they pose to migratory birds. They've got their eye on the Javitz Center, the World Financial Center, Bellevue Hospital, and MoMA.