A trio of eager video gamers decided to cut the long line at the Staten Island Mall for "Grand Theft Auto V" by posing as cops. But don't worry—they knew what they were doing because "one [was] an auxiliary NYPD officer, the other the son of a retired officer."

About 500 people had lined up last night for the eagerly anticipated latest GTA edition. The three friends, Frank Santanastaso, 19, Matthew Kirsheh, 20, and Kirolos Abdel Sayed, 19, had allegedly arrived in an old unmarked police car—bought at auction—that had lights and a siren. 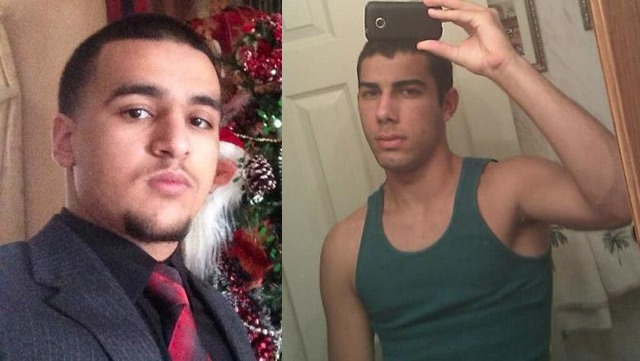 One of them reportedly said, "I'm with the NYPD," and flashed a fake badge. According to the Staten Island Advance, "Santanastaso had his father's NYPD shield tattooed on his arm, Kirsheh was carrying a fake NYPD shield in his wallet, and Abdel Sayed had his auxiliary badge and ID, according to court papers and law enforcement sources... At first, they were simply mistaken for police, the source said—a mall guard offered them coffee, and a GameStop manager thanked them for providing additional security."

The source added, "They sort of rode the ruse. They didn't correct the record. They sort of went along with it." They managed to get to the front of the line and buy a copy of the game, but were caught when they were driving from the mall: An actual police officer in an unmarked police car pulled them over when they made an illegal U-turn.

The trio was charged with criminal impersonation.

The new GTA 5 game is based loosely on Los Angeles. Grand Theft Auto IV, released in 2008, was based on NYC and freaked out Police Commissioner Kelly and Mayor Bloomberg. But its subway system was really different!