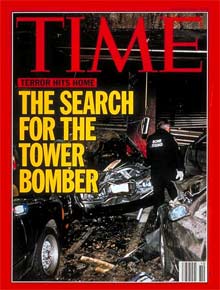 Over two years after a jury found it negligent for the 1993 World Trade Center bombing, the Port Authority continues to fight that claim. The NY-NJ agency and lawyers for the victims face the Appellate Division of the Supreme Court to argue their sides.

In 2005, a jury found that the Port Authority was 68% responsible for the bombing in the WTC parking garage, which left six dead and over 1,000 injured. The decision meant that the terrorists were only 32% responsible, but one smoking gun had been a 1985 PA report outlining concerns about the parking garage - complete with recommendation that the garage be closed to the public (the terrorist drove in an explosive-packed van).

The Port Authority's lawyers called the 68%-responsibility decision "bizarre" and said the agency should only be held 50% or less responsible. The victims' lawyers explained, per the NY Times, "The 50 percent figure is important because if the authority is more than 50 percent liable for the attack, then it must pay 100 percent" of damages. The victims' lawyers also pointed out that after 15 years, there had been many appeals and still no trial to determine victims' damages.

The two sides also squabbled over whether the PA could have suspected the WTC would be a terrorist target. The PA said it had no clue and none of its security reports thought so, but victims' lawyers said the towers were "an iconic target."

Cover of a 1993 Time magazine; read the cover story hereg