Port Authority Executive Director May Be On Way Out 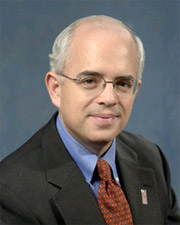 The Star-Ledger reports that Governor David Paterson is putting his stamp on the Port Authority by getting rid of Executive Director Anthony Shorris. Shorris was appointed to the $277,000 position by former governor Eliot Spitzer.

Paterson's office would not comment, but it's not uncommon for a new governor to want people he/she knows in charge. The Star-Ledger further explains how top management of the Port Authority is selected: "By tradition, the New York governor gets to pick the bi-state agency's executive director, who is responsible for day-to-day operations. Conversely, New Jersey's governor gets to pick the chairman of the agency's board of commissioners, who gets to shape policy but is not paid for the post."

Shorris has worked as the Commissioner of Finance under Mayor Koch, was Deputy Chancellor of Operations and Policy for the NYC Board of Ed, and was the first deputy executive director of the Port Authority between 1991-1995. He and his wife were married by Mayor David Dinkins and the Times wrote a Vows column.

#Anthony Shorris
#governor paterson
#port authority
#star-ledger
Do you know the scoop? Comment below or Send us a Tip