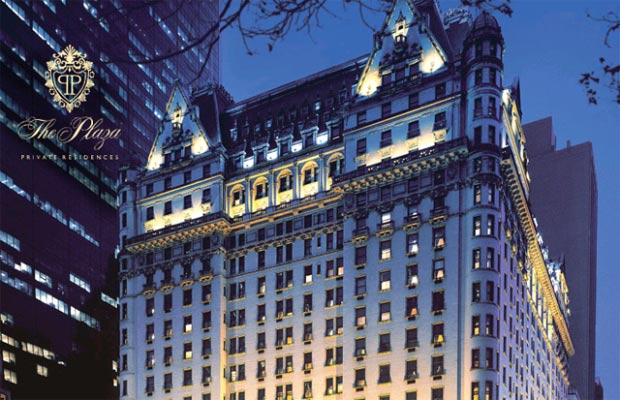 The NY Times' Styles section describes the lonely existence of new residents of the Plaza Hotel condos. Why lonely? Well, if you can afford the pricey digs ($6,400 per square foot!; an owner interviewed paid $5.8 million for a two bedroom), your neighbors are also rich people who probably have other residences and don't live there very often.

In other words, does the Times seriously expect us to feel sorry for these people? Maybe a little: "Like anyone else, they long for a community, albeit a community of the megawealthy." Elad Properties, which owns the Plaza and has been busy renovating it, confirmed "Only a half-dozen residents live there full time and another three dozen residents live there on weekends." Oh, boo-hoo - these people could totally pay their friends to hang out with them there! 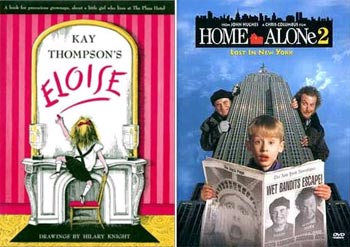 You also can laugh or cry (or both) at one family, who owns two apartments in the building and whose younger members have found the Plaza to be lacking. Apparently the owners encouraged their 17-year-old grandson to stay there, a la Macaulay Culkin in Home Alone 2: Lost in New York, but he ended up hanging out with the security guards and turning in early, explaining, "It was a little bit spooky because it was totally dead. It was this huge hotel, and I was the only one up there.” Uh, it's not a hotel, it's not Melrose Place, it's an expensive apartment building.

And then his sister Kelley, who had transferred to Columbia, moved into the apartment because she was lonely (!) in Columbia's dorm housing (Kelley's roommate spent time at her boyfriend's). After being dubbed Eloise by the doormen, she "transferred back a shoe-box-size room at the Kappa Kappa Gamma sorority house" at UCLA. No word on whether her grandparents wanted Kelley to have an tearful encounter with an ex outside the Plaza, a la The Way We Were or Sex and the City.

Here's the website for either hotel condominium residents or private residence condominiums at the Plaza. And the Plaza Hotel will reopen on March 1, after its $400 million renovation.