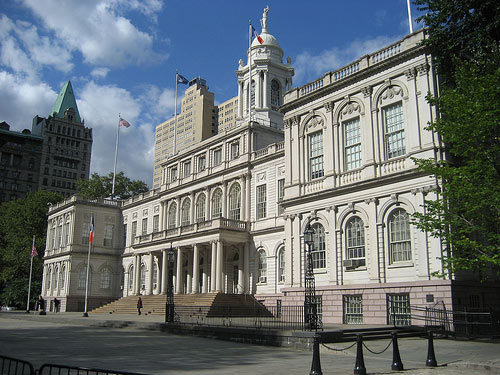 Sure, the 2008 election is exciting, but hundreds of candidates are expected to run for city office next year.

Of the current City Council, 36 members out of 51 are up for reelection or getting the boot due to term limits. Former Bloomberg aide William Cunningham advised the Sun, "Put on your helmets and put on your seat belts: It's going to be like a demolition derby." It'll be a donation derby as candidates who participate in the Campaign Finance Board's program can receive $6 for every $1 raised in contribution ($1,050 is the CFB max per contributor). Which has prompted some candidates to start raising money already.