No arrests have been made, but yesterday the NYPD questioned a "person of interest" in the brutal stabbing of a 17-year-old girl outside her Woodhaven home last week. Natasha Martinez was almost home from her job at an Ozone Park McDonald's around 11:30 p.m. on July 29th when she was brutally attacked, seemingly without warning or provocation; the assailant stabbed her multiple times in her back and torso. When her screams brought her mother rushing out of the house, the man fled. Martinez was stabbed 11 times—she lost her spleen, but lived. 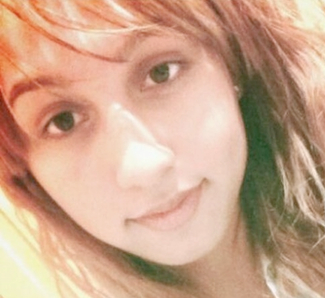 The person of interest was a Latin Kings member who was picked up by the violent felony squad, but he was released without charges after questioning. Sources tell DNAinfo the stabbing "may have stemmed from a prior dispute between Natasha and a co-worker with connections to the Latin Kings." The Daily News reports that Matinez has no prior offenses and investigators do not suspect that she is involved with a gang.

The motive for the stabbing remains unclear, and because she was stabbed from behind, investigators face difficulty in getting the victim to positively identify a suspect. Natasha's mother told NBC New York that her daughter has a long-distance boyfriend who was out of town at the time of the attack. She has "always been a girl that goes from school to the house," she said last week.

Earlier this morning the NYPD released more surveillance photos of a man whom they believe may be linked to the late-night stabbing. Detectives are seeking the public's assistance identifying the man shown in the photos above; anyone with information is asked to call Crime Stoppers at 1-800-577-TIPS (8477). The public can also submit their tips by logging onto the Crime Stoppers website or by texting their tips to 27463 (CRIMES) then enter TIP577.

#natasha martinez
#nypd
#stabbing
Do you know the scoop? Comment below or Send us a Tip
A new Gothamist is coming! We’ve moved comments over to our beta site. Click here to join the conversation and get a preview of our new website.