In an effort to find a break in the case of an assailant (or possibly two) who police believe has raped one woman and sexually assaulted at least ten across Park Slope, Sunset Park, and Bay Ridge, the NYPD is showing footage of victims being approached to prisoners as they're processed through Central Booking. "We have some videos that show victims being approached," Commissioner Kelly tells the Post. "We're asking people perhaps they recognize a trait or walk on an individual." 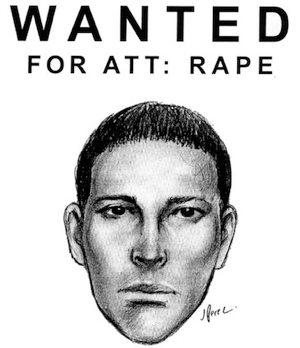 The third sketch of a Brooklyn serial rape suspect (NYPD)

The last incident occurred on September 21 on Prospect Avenue between 4th and 5th Avenues. Police arrested a 22-year-old man on Monday for assaulting three women over the last month, but aren't sure whether he is the primary perpetrator of the serial attacks or just a copycat. The NYPD's response to the string of crimes has been criticized after they allegedly failed to show up after a neighbor called 911 after witnessing one of the attacks and suggested that they may have been prompted by the type of clothing the women were wearing.

Neighborhood groups like Safe Slope have stepped in to promote increased vigilance and a Safe Walk program in South Slope/Greenwood Heights/Windsor Terrace, on Thursday through Sunday nights, between 8:00pm and 3:00am. Volunteers will "pick up" those who feel unsafe at local establishments and subway stops and will "drop off" anywhere between 9th and 30th Streets and between 2nd and 8th Avenues.