A functional cannon capable of firing .50 caliber ammunition was aimed at the door to the Bushwick headquarters of The Forbidden Ones, one of three motorcycle gangs busted by the feds and the NYPD in predawn raids yesterday. Eight members of the gangs, which also include the Dirty Ones and the Trouble Makers, were charged with firearms trafficking, a federal offense. During the course of their two year investigation, the ATF Joint Firearms Task Force and the NYPD Brooklyn North Gang Squad bought (or witnessed the sale of) an impressive arsenal, including: 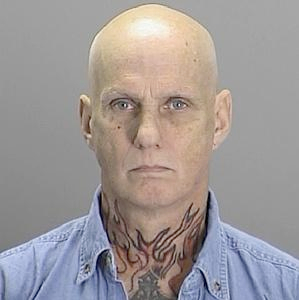 Oh, and don't forget the cannon, 20 more firearms, seven improvised explosive devices, a Taser, 2,000 envelopes of heroin, two ounces of cocaine and marijuana, and a bag of chips. The IEDs were seized at a Queens day care center where the alleged leader of the trafficking scheme, Scott Brannigan, is registered with the city Health Department as an “assistant.” Brannigan, a 61-year-old biker who goes by the name Spider, was unable to appear in court yesterday because of high blood pressure.

Three other alleged gang members were also absent from court because of health problems. Frank (Afro) Miranda, 50, and Samuel Moya, 44, needed heroin detoxification, while Jose (Rusty) Perez, 49, needed treatment for sleep apnea. They may sound like they're past their prime, but the investigators say the gang was violent, particularly toward police. In addition to their "1% patches" signifying their outlaw status, prosecutors say four of the Forbidden Ones defendants wore a “bangout patch,” depicting two crossing handguns, "which signified that the member had assaulted or engaged in one or more confrontations with law enforcement."

Brannigan allegedly attacked two people outside a tattoo parlor last year, then went after responding cops with knives, brass knuckles and a baseball bat. The Daily News interviewed some Bushwick "hipsters" who live near The Forbidden Ones' clubhouse at 15 Thames Street. One alleged hipster tells the tabloid, “They're really nice guys. “They’re really chill. I party with them all the time."

Most of the weapon sales took place in tattoo parlors. Investigators were able to infiltrate the gangs thanks to an undercover informant who belongs to The Forbidden Ones. Prosecutors say Perez, the Forbidden Ones' “Supreme President,” ordered this informant to kill a driver who was involved in an accident that killed one of the gang members on the LIE in January 2011. The driver is currently in prison after pleading guilty to vehicular manslaughter, and the gang allegedly intended to kill him there.

“The suspects should consider changing their names to ‘Busted Bikers’ after the outstanding work of the NYPD detectives and federal agents in this case," NYPD Commissioner Ray Kelly quipped in a statement. Bake 'em away, toys! The defendants face up to five years in prison if convicted.