Hopefully this will help. Months after gay rights activist Lou Rispoli was brutally beaten to death near his Queens home (he was "hit in the head with a blunt object with such force that neighbors who heard the assault but did not see it thought he had been shot.") police have released sketches of two of the suspects in the October 20 grisly murder. Do you recognize them?

According to police Rispoli, a night owl, was attacked on 43rd Avenue near 42nd Street at about 2:15 a.m. by three men who hit him on the head with a blunt object. He died in a hospital five days later. Cops say they are looking for a white male in his 20s and a Hispanic male in his 30s with similar short haircuts (seen above). At the same time, Internal Affairs is also investigating the case as, according to a November Sunnyside Post report, it took 36-hours for a police crime scene van to arrive.

Meanwhile, Rispoli's partner of 32 years, Danyal Lawson, has been handing out flyers with sketches of the two suspects with hopes that somebody will help find the people who "stole [his] best friend of 40 years away." He also got some help handing out flyers last night from local councilman Jimmy Van Bramer, who says the new sketches "show there is progress being made." 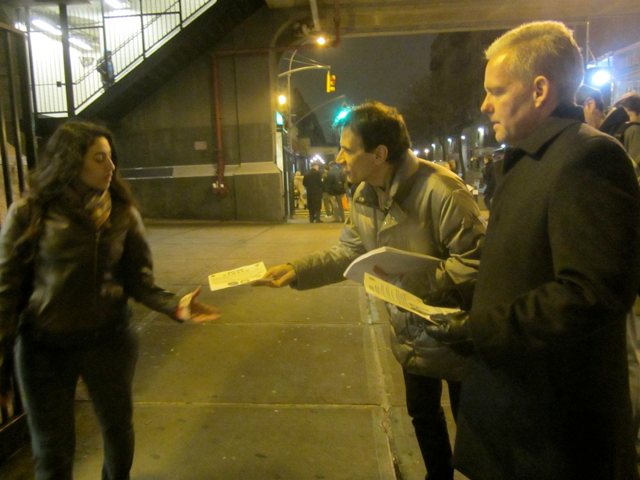 "I’m glad they are still working on finding the people who did this violent crime," Lawson told the News. "If they did this to Lou, they could do this to somebody else."

#gay bashing
#lou rispoli
#murder
#nypd
#queens
#sketches
#suspects
Do you know the scoop? Comment below or Send us a Tip