The NYPD is questioning a man in connection with the stabbing of a 24-year-old woman as she walked on the Upper East Side with a friend yesterday morning. Sabatha Tirado, an Astoria resident who manages the European Wax Center on 82nd Street and First Avenue, was stabbed on East 86th Street near Second Avenue by a man who appeared to be homeless. The NYPD press office tells us this morning that the man in custody has not been arrested nor charged, he is merely being questioned and has not been publicly identified. 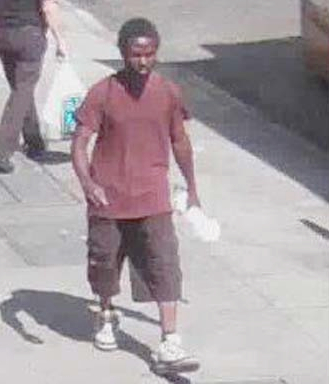 Tirado was running errands and getting cash for the salon when the man stabbed her with a kitchen knife. Asked about the stabbing yesterday, Police Commissioner Ray Kelly told reporters, "He tries to take her bag and she resists. He stabs her. He may also have sprayed her with some sort of substance." While Tirado lay on the sidewalk bleeding, her friend rushed into the nearest deli for help. Mo Dessai, who operates a magazine store on the corner, tells the Daily News he saw “lots of blood” and helped staunch Tirado's bleeding with napkins.

Meanwhile, others ran after the assailant. "He was running mad fast like he stole something," witness Jose Valdes, who runs a nearby fruit stand, tells DNAinfo. "And I looked down and he was holding a kitchen knife wrapped in a plastic bag." A worker at Viand diner and another local worker, Jai Jaiteh, ran after the man. "I grabbed him from behind, by the collar," Jaiteh recalls. "He twisted and hit the fence. Then he got away."

Tirado, a Stonybrook graduate and daughter of a retired police officer, is currently in stable condition after surgery at New York-Presbyterian Weill Cornell hospital. Based on surveillance video and eyewitness accounts, investigators are looking for a suspect in his 40s, approximately 5-foot-9, 180 pounds, with an unshaven beard and an afro. Sources say tell ABC they're currently questioning a man police picked up in a shelter on Wards Island late yesterday. He was reportedly brought to the 19th Precinct shirtless and with bloodstains on his shoes.