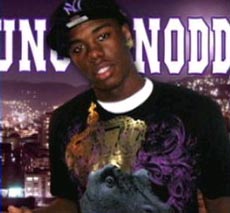 A police officer's son was found stabbed multiple times in the hallway of a building on Gates Avenue in Brooklyn. Renato Scantlebury, 18, was pronounced dead the hospital.

A tenant told the Daily News Scantlebury "had gotten into a fistfight with two men outside the building after he made a snide comment about their T-shirts" an earlier. The tenant said, "He died over that?"

Scantlebury lived with his mother, Lisa Wade, who works in NYPD recruitment. He had been working at Chuck E. Cheese, studying for his GED, and was an aspiring rapper, according to friends and family. His father said Scantlebury loved his 1-year-old daughter, "He was just a good kid."