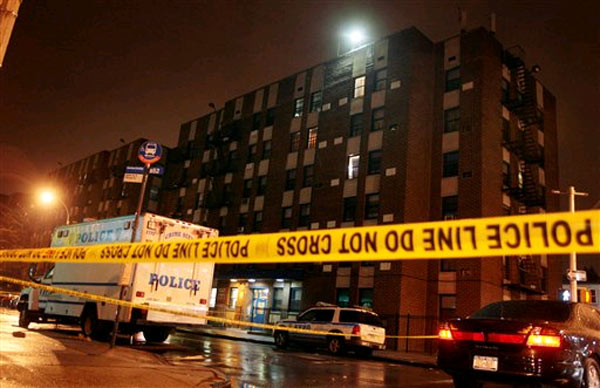 After responding to a woman's 911 call about a domestic dispute with her son, the police fired between 13 and 20 times at the son, who claimed he had a gun. The gunfire killed 18-year-old Khiel Coppin and it turned out he was only holding a hairbrush.

Coppin had been arguing with his mother in their Bedford-Stuyvesant apartment, and when police arrived, came out to the window ledge, "screaming and acting irrationally," according to the Daily News. A police source said, "Basically, it's suicide by cop." The police also say that Coppin's mother repeatedly said her son had a gun and that the five police officers said "Halt!" and Drop it!" to the teen.

Some witnesses agreed, saying they heard Coppin's mother say he had a gun, while some said Coppin had his hands up when he was shot. Andre Sanchez said he saw Coppin drop the hairbrush and that one officer yelled for the others to stop shooting; later, Sanchez claimed he saw one officer ask another, "Why did you shoot him?" Another witness, Precious Blood, told the Times that one officer kept shooting, in spite of shouts to stop.

Coppin was allegedly handcuffed after being shot and was pronounced dead at Woodhull Hospital. The Daily News adds that Coppin's mother had looked into psychiatric help for her son. All five police officers passed Breathalyzer tests.

#brooklyn
#daily news
#Gary He
#gun
#hospital
#Khiel Coppin
#news
#police
#police shooting
#policeshooting
#shooting
#suicide
#Teenager
#the daily news
#The Police
#unarmed
#victim
#woodhull hospital
Do you know the scoop? Comment below or Send us a Tip
A new Gothamist is coming! We’ve moved comments over to our beta site. Click here to join the conversation and get a preview of our new website.