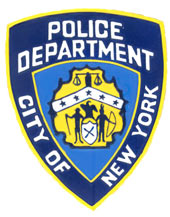 A jury convicted 15-year NYPD veteran Alberto Sanchez of beating his subordinate and girlfriend in Manhattan last year. Sharon Gandarilla had accused Sanchez of punching and kicking her on Bleecker Street after she had spoken to another male officer at a party. Sanchez and Gandarilla, who were in other relationships at the time, had been having a consensual relationship that started at a Harlem Precinct and continued when Sanchez, and then Gandarilla, transferred to the Police Academy.

But when Sanchez testified, he said that Gandarilla was attacked by a gang and claimed that he "failed to make sure" she filed a police report. Gandarilla has also filed a civil lawsuit against Sanchez and the city, claiming sexual harassment, and Sanchez's lawyer had argued that the assault claim was made to bolster that case. However, witnesses had testified seeing Sanchez assault Gandarilla as well.

The NY Times spoke to a juror, Steven Schlough, who described his and the jury's reactions to the trial. He had been a holdout until he decided there was "no other plausible assailant," and found it implausible that Gandarilla had been drinking white zinfandel during the party. Schlough said, "I think it’s sad for New York. I think there are employees of the city who are held to high standards, and I would expect that these law enforcement officers would be held to the same high standards.”

Sanchez was found guilty of third-degree assault, which is a misdemeanor. He was found guilty of unlawful imprisonment (prosecutors claimed he kept her locked in a car at one point during the fight). He will be sentenced on October 18 and faces up to a year in jail.