On Friday night, shortly before 10:30 p.m., Tayana Grant Copeland, 18, was found unconscious on East Stanley and Linwood. She had been stabbed multiple times in the neck, back and abdomen and died at Brookdale Hospital. Copeland was on her way home from marching band practice.

In the early evening on Sunday, Prince Joshua "P.J." Avitto, 6, and his cousin, Mikayala Capers, 7, entered an elevator at 845 Schenck Avenue to head outside for ices. Inside the elevator, a man stabbed them repeatedly. P.J. died while Mikayala, who was able to stumble out of the elevator, survived with a collapsed lung.

Yesterday, the police released an image of the knife found near the elevator, a Dura Edge knife by Imperial Knife. The NYPD said it hasn't been manufactured since 2004.

The police also described the suspect (sketch above) as a man around 25-35 years old, about 6' with a heavy build. He was last seen wearing a grey shirt. 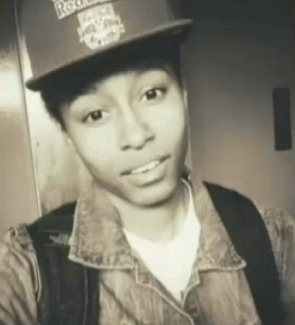 A resident at Schenk Avenue thinks she saw him, telling the Post, "I saw him Friday and again on Sunday, standing there shuffling back and forth. He was wearing a gray hoodie, and he’s got a Caesar [close-cropped haircut]. A black man in his early 30s, stocky, maybe 5-foot-9. He looked a little crazy."

Other residents and community advocates complained that the NYC Housing Authority never put surveillance cameras in and around the building—even though the City Council had allocated money for it years ago.

According to the NY Times, "Many public housing projects across the city do not have surveillance cameras, despite the more than $60 million that the city has allocated for them over the past several years. Boulevard Houses has five, but they are concentrated in one of its 18 buildings."

As Public Advocate, Bill de Blasio blasted NYCHA for the lack of security cameras, declaring, "We have seen enough—heads must roll." Yesterday Mayor de Blasio told reporters there would be an update on security cameras in public housing at a City Council hearing on Wednesday.

City Councilwoman Inez Barron said, "Even as recently as of March or April, they were still talking about where they were going to put the cameras. It certainly is a tragedy that they were not in. Unfortunately, this incident occurred, but we hope that this is the spark to get it done immediately.”

Police Commissioner Bill Bratton increased police presence in the neighborhood, "We have deployed additional officers into that area for the children who walk to and from the various schools ... and we will continue doing that going forward... It would be advisable to be extra cautious."

He added, "I’m extraordinarily concerned and angered about the idea that children cannot in their own building feel safe taking the elevator. We’re going to get this character, and we will hopefully get him very, very quickly." 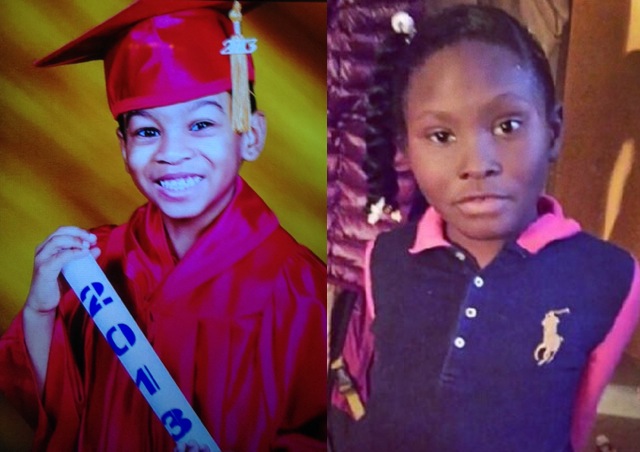 One mother told the Post, "I will never leave her alone for a second, not as long as that psychopath is wandering around. As long as he is out there, no children are safe."

P.J.'s grieving father Nicholas Avitto wore his son's backpack yesterday, "With the backpack on my back, I just walked to the school. I talked to him. I acted like he was there... God gave me a blessing. I had him at 50. He was born on Father’s Day. I will remember his smile, his arrogance, his stubborn little ways. He’d say, ‘Daddy, you all right!’"

There is a $12,000 reward for information related to the killings. Anyone with information in regards to this incident is asked to call the NYPD's Crime Stoppers Hotline at 800-577-TIPS. The public can also submit their tips by logging onto the Crime Stoppers Website at WWW.NYPDCRIMESTOPPERS.COM or texting their tips to 274637(CRIMES) then enter TIP577.