Police have arrested a man in connection with the fatal shooting of state development lawyer and onetime aide to Governor Andrew Cuomo Carey Gabay during last year's predawn J'Ouvert festivities in Crown Heights. Officers closed in on Micah Alleyne, 23, at around 3 a.m. on Thursday. The NYPD gave Alleyne's address as the Lincoln Motor Inn off of the Van Wyck Expressway in Jamaica, Queens.

Alleyne was arraigned this morning on charges of second-degree murder, weapon possession, and reckless endangerment. Prosecutors say Alleyne was part of a running gun battle "with numerous others" on the patio and in the parking lot in front of the Ebbets Field Apartments, a rent-stabilized housing complex on Bedford Avenue, at about 3:45 a.m. on September 7th of last year.

"We are determined to get justice for Mr. Gabay and his family," Brooklyn District Attorney Ken Thompson said in a statement. "And we will continue to press forward until we hold everyone responsible for his death accountable." 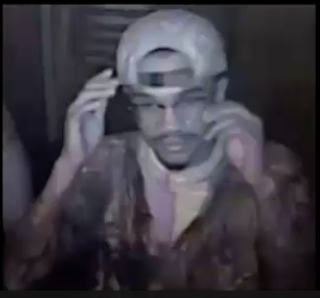 A law enforcement source said that this surveillance still shows Micah Alleyne, one of two alleged gunmen whose images the NYPD released. (NYPD)

Police have suggested that the gunfight was part of a long-running dispute between Folk Nation and Crips gang members over control of the apartment complex and other nearby areas.

Gabay was 43 and a lawyer for Empire State Development, a state authority that doles out grant, loan, and bond money to developers and other businesspeople. He had previously worked as a legislative aide to Cuomo, helping, among other things, to draft the SAFE Act, which bans high-capacity magazines, mandates background checks for gun purchases, and heightens penalties for crimes committed with banned guns.

Alleyne was arraigned this morning and a judge held him without bail. He pleaded not guilty, according to his lawyer, Edward Friedman. Friedman declined to comment on what he would seek in terms of a bail amount or what his client is like as a person.

The police department has disseminated images of four people it's seeking for questioning regarding the shooting. Alleyne was one of them, according to a law enforcement source.