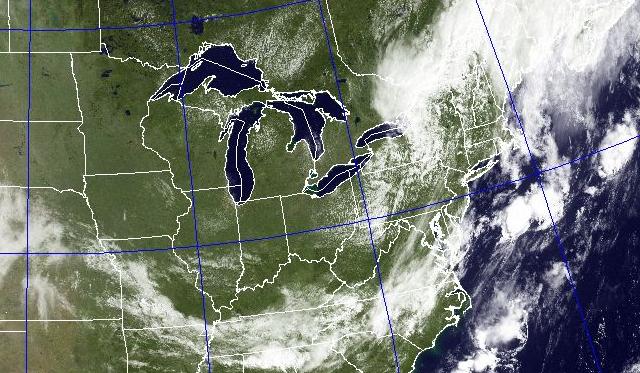 The cold front that visited us several times this week has been pulled out to sea by a developing low pressure system over Maine. During it's many crossings the front managed to squeeze a couple of inches of rain out over western portions of the city and three inches or more over Queens and Long Island. Wednesday morning's storm even spawned a weak tornado over Islip.

Behind the front lies a whole lot of cool, dry air. Today's high will only reach the low 80s. That's well below normal. On average today, tomorrow and Sunday are the three warmest days of the year. Each has a normal high of 85 and low of 70. Tomorrow should warm up to close to normal, but Sunday's high should again be in the low 80s. Skies are likely to remain mostly clear until Sunday evening, when there will be a slight chance of showers.

Climatologically, at least, the seasonal cool down toward winter begins on Monday! Meteorologically, Monday does look like it will be cool. However, the extended forecast is calling for highs in the mid- to upper-80s next week.