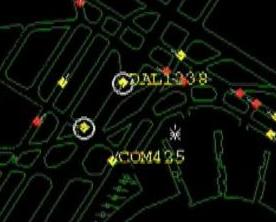 If you want to feel a little uncomfortable about how the Federal Aviation Administration is doing its job, read today's NY Times story about a near-miss at LaGuardia. Two weeks ago, a Comair Delta 50-seater and a Delta 737 were within a "few hundred feet" of colliding. A trainee had allowed the smaller plane to cross the runway, just as the 737 was descending to the very same one:

As the 737, Flight 1238, rolled down the runway at more than 150 miles per hour, an alarm flashed on a radar screen in the tower and someone realized a dire mistake had been made, according to details provided by officials from the Federal Aviation Administration and the pilots’ and controllers’ unions. “No delay, no delay,” a controller shouted to the pilots of the regional jet, urging them to hurry across.

The two pilots on Flight 1238 heard none of that, having tuned to a different frequency. But they saw the lumbering regional jet. They hit the brakes, pressing 52 passengers hard into their seat belts and three flight attendants into their seats. The two planes came within a few hundred feet of each other— a handful of seconds — radar records show.

. The National Transportation Safety Board doesn't usually investigate near misses, but they are investigating this one.

This comes on the heels of complaints from the air traffic controllers' union and Senator Charles Schumer about how the FAA is handling contract negotiations and staffing. In this case, there was a veteran air traffic controller supervising the trainee, who had been promoted to LGA from a smaller airport (the FAA says staffing was not a cause of this near-miss). Schumer recently called for FAA chief Marion Blakely to resign, blaming her for the delays plaguing NYC-area airports.