After a Saturday afternoon that saw Mayor Bill de Blasio, Council Speaker Melissa Mark-Viverito, French consulate officials, and thousands of mourners turn out in Washington Square Park to honor those killed in the Paris terrorist attacks, last night the scene there was more subdued, with a couple of quiet candlelight vigils and the lighting of the park's iconic arch in the blue, white, and red of France's Tricolore.

More than 1,000 people gathered at the Greenwich Village park for the afternoon's events. Mayor de Blasio told the crowd. "Our city knows this pain. We know Paris will persevere. We know we'll be strong together."

Accompanied by French Ambassador Gerard Araud and Consulate General Bertrand Lortholary, de Blasio laid flowers by the arch. The mayor added, "The only answer to terrorism is to be resolute to not allow the terrorists to change who we are. We must refuse to be terrorized. We won’t change our democracy. We won’t change our values." 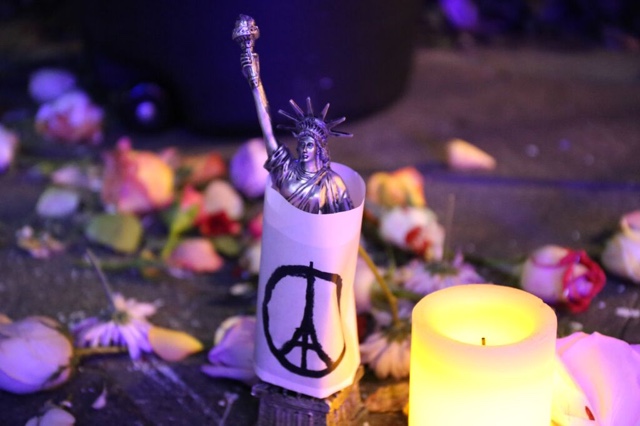 During the lighting, there was talk around the park that this was the first time in its history that the Washington Square Park arch had been illuminated in anything but its usual white. Designed by Brian Tovar, the tricolor effect was achieved using spotlights as well LEDs at the bases and midpoints on each leg of the arch. 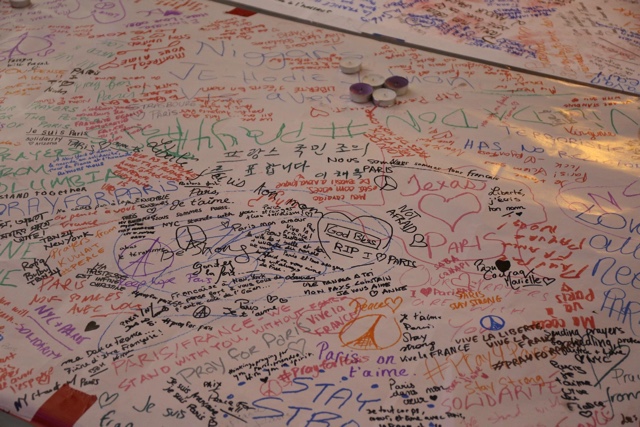 The lights will go on again tonight.

#paris terror attacks
#washington square park
#original
Do you know the scoop? Comment below or Send us a Tip