[UPDATES BELOW] Large parts of Manhattan below midtown are now in the dark after a reported explosion that may have been at a Con Ed building. "Huge explosion at 14th st. All of downtown is now dark," tweeted Jesse Chan-Norris. Our own Chris Robbins adds that he saw a "massive explosion here in LES then all went dark." Check more tweets below, and we'll update once we learn more.

Based on looking out my window, it appears that most of Manhattan south of Midtown may have lost power. Brooklyn still fine.

Update: According to the Journal, Con Ed reports that a substation equipment failure knocked out power for 62,000 customers in Greenwich Village and Lower Manhattan. The utility also briefly lost power at its central command center near Union Square, but reportedly is back up now. Check out the photo below of the explosion that caused the power outage, seen from Williamsburg: 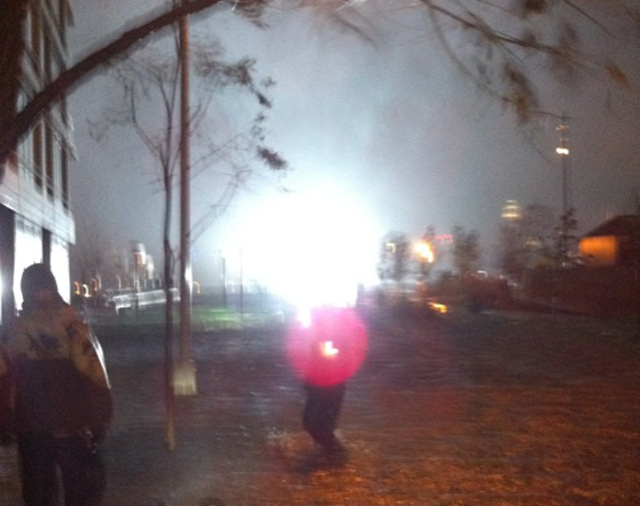 Here's another look at the transformer explosion: 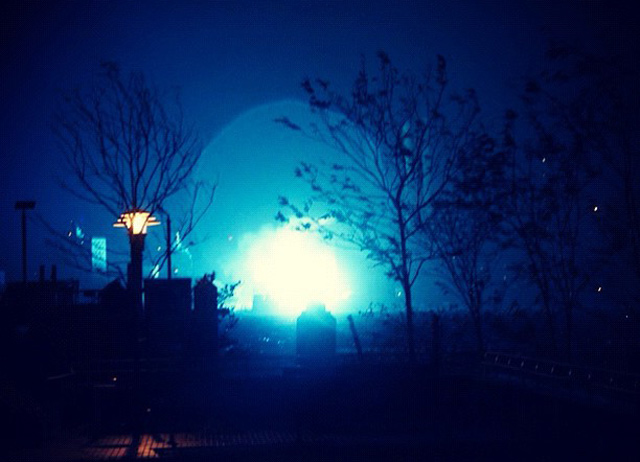 And here's what Manhattan looks like from DUMBO, via Josh Reznick: 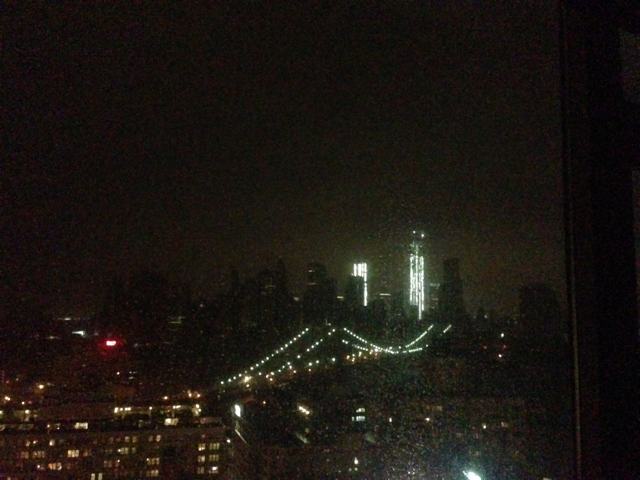 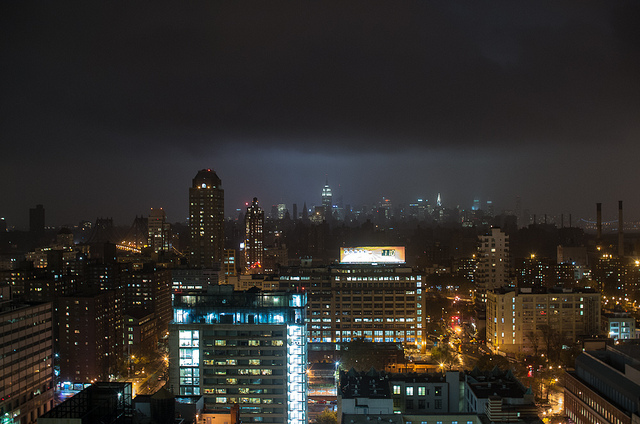 It seems there may be one building still with power:

Friend texts: The only clearly visible building south of midtown that still has power is the Goldman Sachs HQ - every floor is still lit.

And here's video of the explosion (around the :25 mark):

Here are some tips about how to conserve your cell phone power when the power goes out. And this is just too perfect:

Just herd NYC power went out?!?! Is that true

Con Ed spokesman Bob McGee has now confirmed that over 250K customers in Manhattan below midtown are without power. Specifically, he said that "pretty much everyone" south of 39th Street to the Battery are without power. Here are two more pics from inside the blackout: 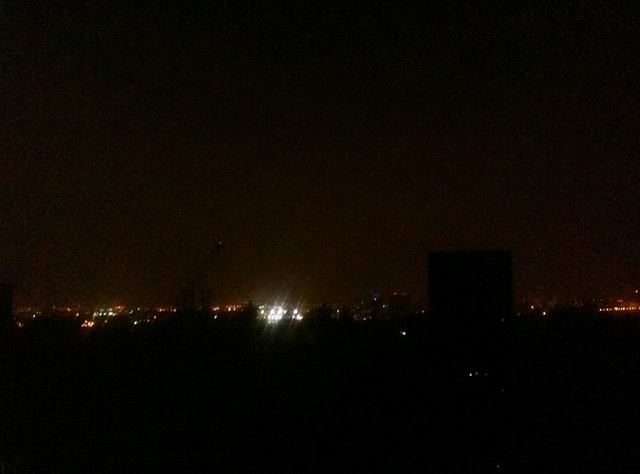 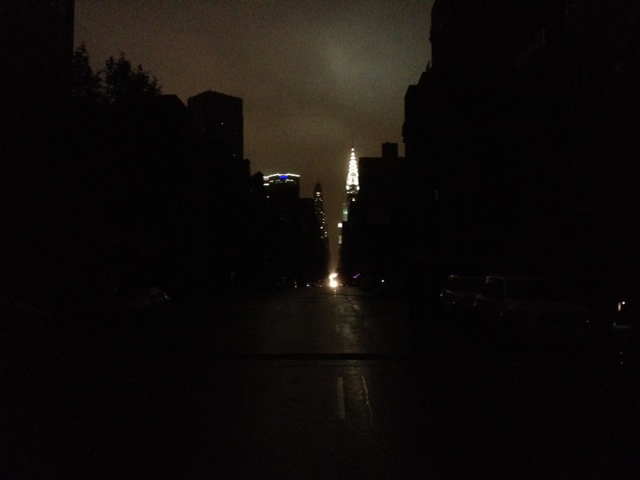 And here's what the World Trade Center looks like now: 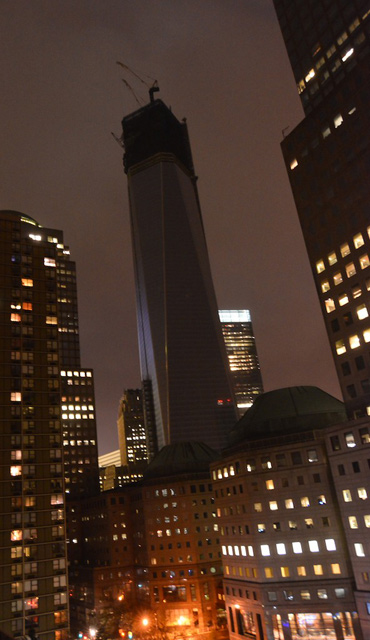 There are more reports of people trapped in homes and at the LES Con Ed plant, as well as evacuations at NYU Hospital:

Manhattan: FDR Dr & East 14 St FDNY on scene at the Con-Ed Plant to Removed Several Con Ed Workers who are Trapped inside by High Water.

NYU HOSPITAL WITHOUT POWER, THEIR GENERATORS ARE NOT WORKING. STARTING TO TRANSPORT PATIENTS. #SANDY #911BUFF

Sea Gate: Flood Waters Very High People R Trapped In There Homes And Have Been Forced To Go To Second Floor..Cars R Said To Be Floating Away

Over a million New Yorkers are now without power:

Update: Con Ed said that the substation could be repaired by the end of the week. It was apparently flooded by 6 feet of water and added, "No Con Edison employees are trapped in a building. The story spreading is a rumor." However, the video of the explosion could be real, since there was an explosion