The first NYC subway extension in more than 25 years opened to the public yesterday with the new 7 train station at 34th Street-Hudson Yards. 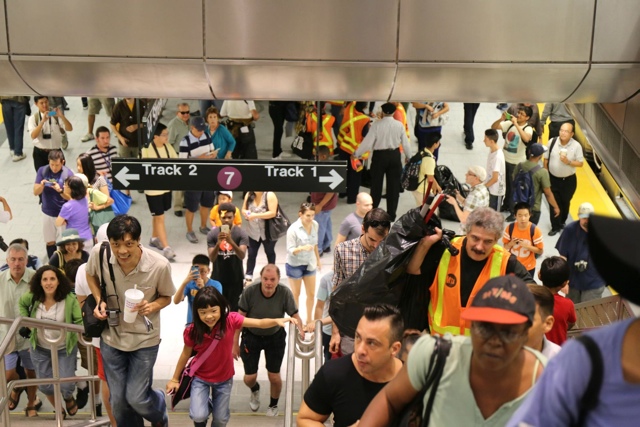 The opening ceremonies were indeed grand, with politicians and MTA officials galore taking turns praising the engineering achievement of the extension—1.5 miles from Times Square at a cost of $2.42 billion—and promising that the Hudson Yards neighborhood springing up around the station will, in addition to creating vast amounts of retail space and office square footage, also deliver thousands of new jobs and provide 5,000 units of affordable housing. 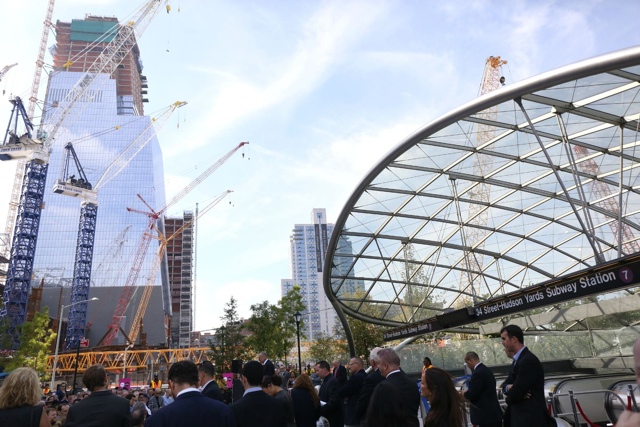 All the cranes south of the station (Scott Lynch / Gothamist)

After all of the speeches, posturing and two ribbon-cutting ceremonies, the dignitaries led their many guests into the station itself. And everyone went for a ride to 42nd Street-Times Square, and then back again. Here's what that looked like:

Adjoining the station is the brand-new, four acre Hudson Boulevard Park—we'll have more about that later.