There have been abandoned Citi Bikes who have found companionship on the Upper West Side, miles from the nearest docking station. There have been secret nests of them discovered Upper East Side basements. Now, a lone Citi Bike has been thrown into a rather inaccessible part of Riverside Park.

Two readers sent us photographs of this sad fellow yesterday. Reader Nancy tells us she spotted it by the "rail tracks in Riverside Park this morning near the Sanitation Station at about 135th... was still there on my way home." 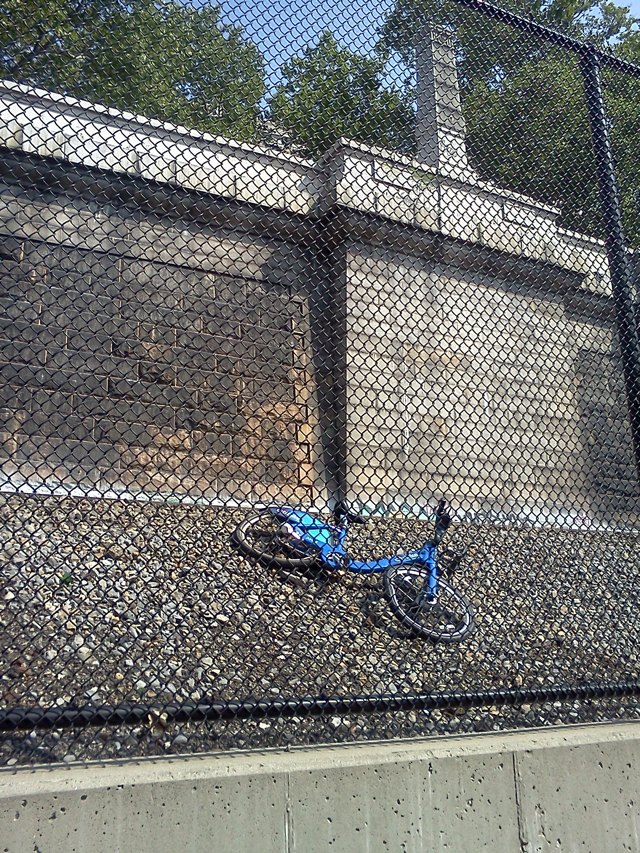 Either someone tossed it from Riverside Drive or had the Hulk-like strength to heave it over the fence. But what did the Citi Bike ever do to that someone?

Users of the service who don't return bikes are charged $1,200, but Citi Bike is probably worried about other things right now.

#abandoned citibike
#citibike
#riverside park
#original
Do you know the scoop? Comment below or Send us a Tip