The park has tables, chairs and benches. There's also a glass waterfall that changes color. But the all that adorableness disguises the park's real purpose: it is actually part of a MTA ventilation facility for the future LIRR concourse.

According to the agency, "In addition to climate control and ventilation functions for the concourse and tracks, the facility will be capable of supplying emergency ventilation as well. It also will serve as an access and delivery point for materials to support the retail operations and passenger spaces in the new concourse. Noise mitigation was among the primary focuses in designing the building, with dampers and sound absorbing materials making the inner workings of the facility nearly silent to the public at street level."

Here's what it looked like during the construction, via Google Street View: 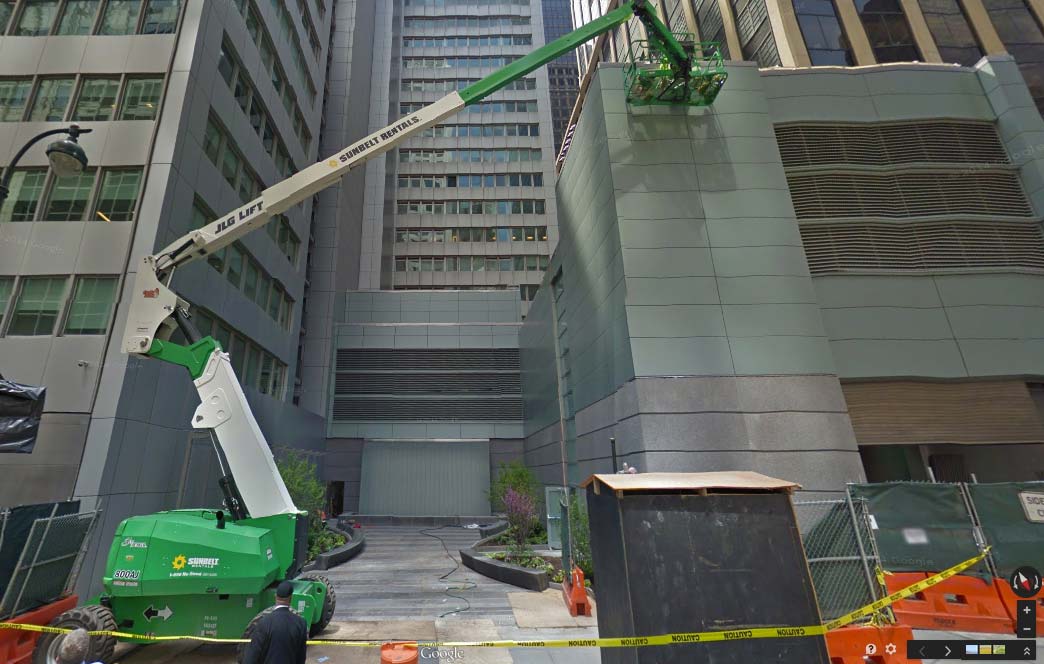 Representative Carolyn Maloney was pleased, saying, "The 50th Street facility is the embodiment of what can happen when government listens to community concerns. The MTA responded to area stakeholders and developed a building that exceeded everyone’s best hopes. The building that’s being completed today includes public space, good ventilation and the ability for trucks to enter and leave without backing up. I am pleased to congratulate the MTA on its beautiful new facility."

#50th Street Commons
#east side access
#MTA
Do you know the scoop? Comment below or Send us a Tip