Photos: MTA Bus Goes Up In Flames In Queens

An MTA bus was partially consumed by flames this morning on the Van Wyck Expressway near exit 11 in Queens. An FDNY spokesman says the blaze erupted at approximately 7 a.m., and five units responded to the fire, which was quickly extinguished. Fortunately there were no injuries, but traffic on the highway was seriously backed up during the morning rush.

An MTA spokesman confirms it was a city bus, and tells us there were no passengers on board. The cause of the blaze is now under investigation. 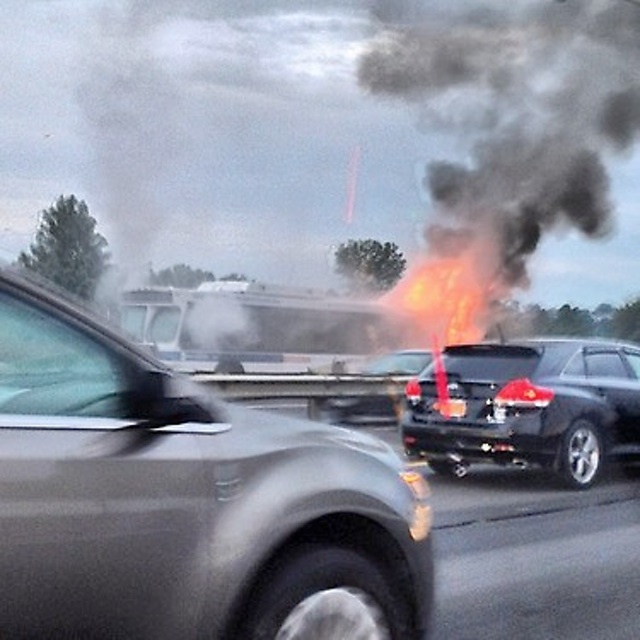 #bus fire
#busses
#fdny
#fire
#MTA
#queens
#original
Do you know the scoop? Comment below or Send us a Tip