In December, Mayor Bill de Blasio admitted that the last time he rode a bicycle "was at least six, seven years ago, if not longer." This is a correct and proper amount of "bike-riding" for a respectable adult. Never mind that daily rides in New York City have tripled over the last fifteen years—a proper mayor does things like take a motorcade to the gym, or install an air conditioner in their SUV.

So it is with great dismay that we announce that Mayor de Bike-i-o finally succumbed to the vicious vipers that run the Bike Lobby on Friday, July 13th (coincidence?) and rode a bicycle today.

De Blasio was announcing that dockless bikes are now available for use in the Rockaways, and that the cancer of affordable dockless bikeshare (rides are just $1 for thirty minutes) will be spreading to neighborhoods in the Bronx, the North Shore of Staten Island, and Coney Island, very, very soon. They're even going to be giving people pedal-assisted electronic bike share bikes in the coming weeks! TO RIDE!!!!! 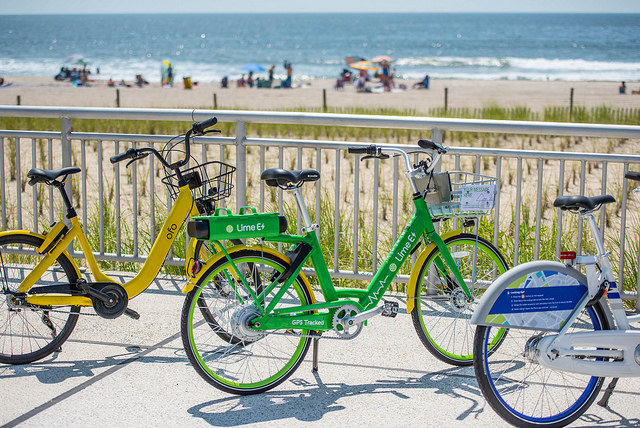 "We want more and more people off the roads," the mayor said at the press conference, presumably while caressing a bike pump in a disgusting, lascivious manner. "We want to reduce congestion. We want to reduce pollution. We want people on all these other good ways of getting around that make life better for everybody." 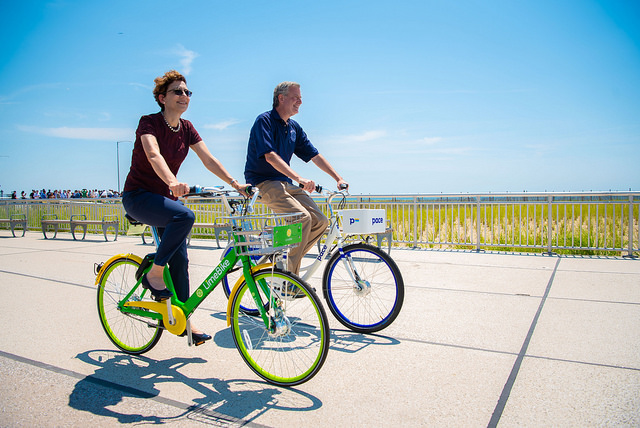 New Yorkers should have seen this coming. Just this week, the mayor capitulated to the pedal-pumping chain-humpers in Queens, overriding a community board's wishes and putting in protected bike lanes on Skillman Avenue and 43rd.

Sure, there is evidence that shows that bike lanes make streets safer, and that biking makes people happier and cities cleaner.

But look at how unholy this is!

The mayor rides off without taking questions. (And almost bumps into his transportation commissioner.) pic.twitter.com/PRoq4yfCPW

#bikes
#cycling
#dockless bikeshare
#mayor de bikeio
#rockaways
Do you know the scoop? Comment below or Send us a Tip