A man in a wheelchair who steals handbags from inattentive women in Manhattan is on the run being sought by the NYPD. Manhattan investigators have gotten tired of the unidentified thief's crime spree, and they want the public to play a role in bringing him to justice. According to police, the man is responsible for three grand larcenies in Manhattan in August and September:

The NYPD is describing the suspect simply as "a male Hispanic in a wheelchair." Investigators believe that the suspect may actually be disabled, and not merely using the wheelchair as a prop. Here's another photo of the suspect making a wheely stylish getaway after the Nobu job: 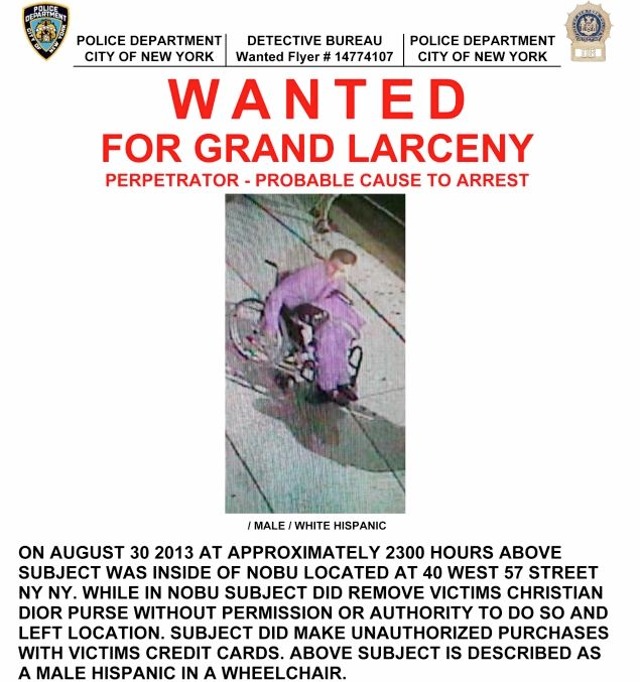 #grand larceny
#nypd
#wheelchair
#original
Do you know the scoop? Comment below or Send us a Tip
A new Gothamist is coming! We’ve moved comments over to our beta site. Click here to join the conversation and get a preview of our new website.