Photos: Hudson Yards Has Some Public Green Space For You To Enjoy

With the opening of the new 7 train station at Hudson Yards, it's as if a new neighborhood is opening with it. In exchange for planting all the giant commercial and residential buildings, there will be four acres of public space, running from West 33rd Street to West 39th Street between 10th and 11th Avenues. Go enjoy it!

The Hudson Yards subway station may be a destination, with its "turtle shell" glass canopy, dazzling mosaics and innovative features, the new Hudson Boulevard And Park, open for a month, is an oasis for residents and workers at nearby businesses. The green space north of 34th has water features, cafe tables and long benches, even a play area for children. 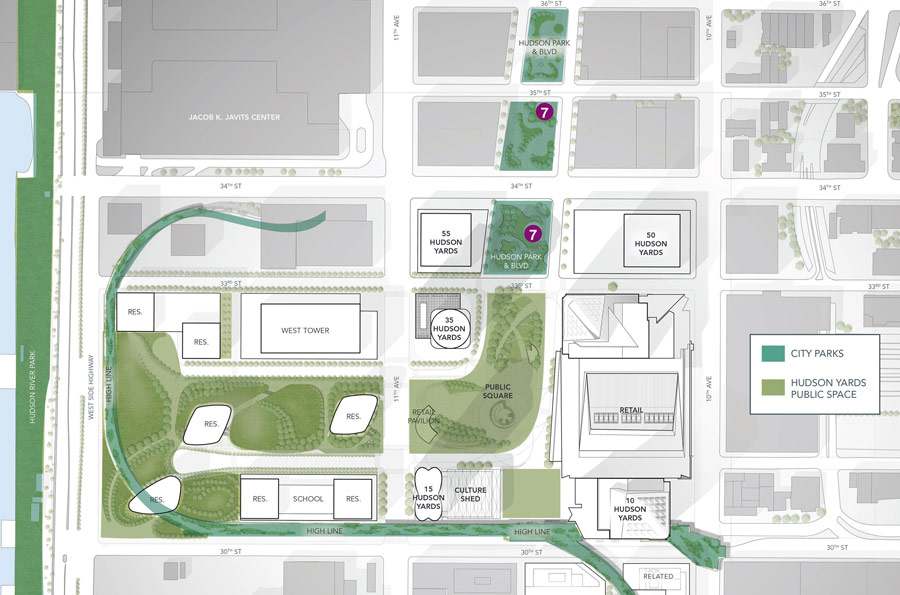 Click to enlarge: Map of the ultimate plan (Hudson Yards)

The cafe is not open yet, but the circular building will also house public restrooms as well as space for electrical and water infrastructure. 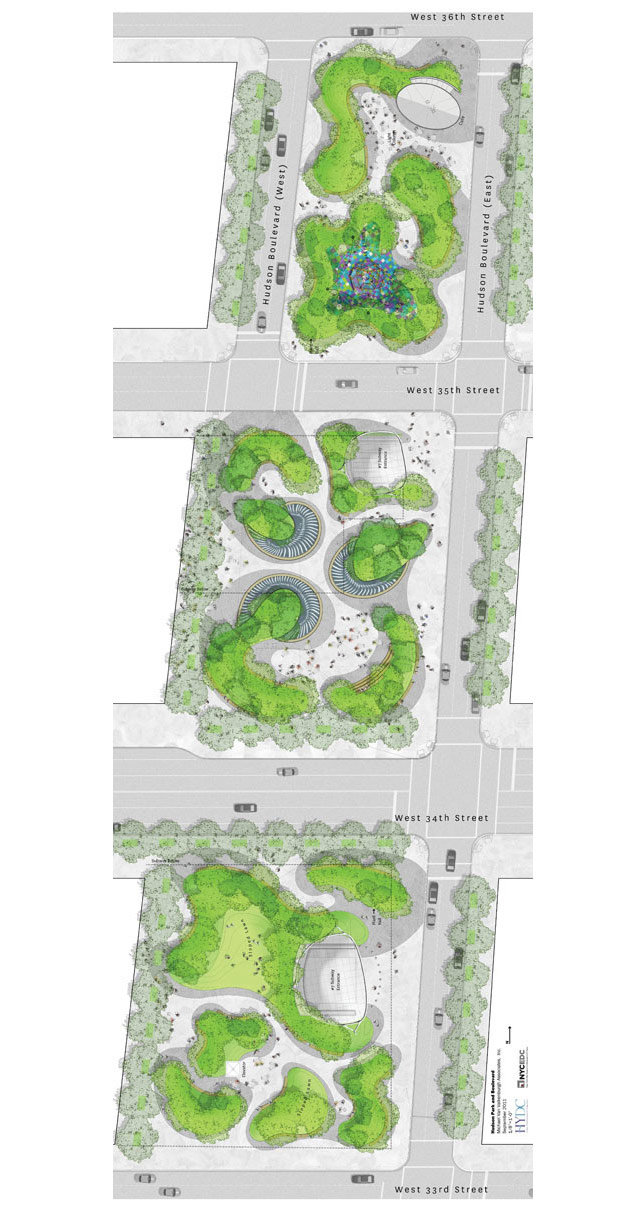 Michael Van Valkenburgh Associates (the firm that designed Brooklyn Bridge Park) describes the layout as a "curvilinear arrangement of paths, benches, and planted areas" which "makes for a highly active circulation network that meanders through the space, increasing the sense that the park is a refuge from the city’s strictly rational ordering of sidewalks, streets, and architecture."