Photos: Giant Dead Whale And A Turtle Wash Up On LI Beach

The Riverhead Foundation is examining two animals that washed up on a Long Island shore
this morning. The group said, "A dead whale believed to be 40- to 50-feet long and a large sea turtle both washed ashore at Smith Point County Park in Shirley." 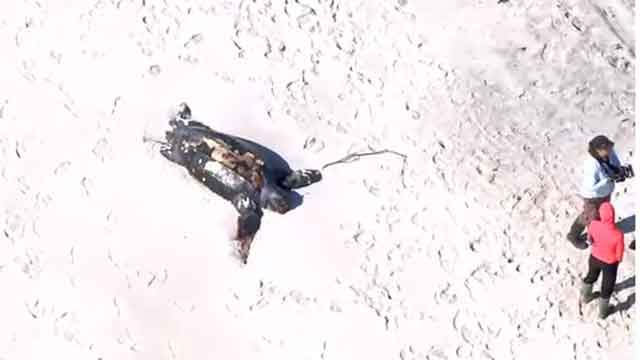 According to Newsday, "Allison DePerte, office administrator for the foundation, said the whale is believed to be a fin whale and the turtle is a leatherback. Fin whales are considered the second-largest species of whale, according to the National Oceanic and Atmospheric Administration."

#beached whale
#long island
#whale
Do you know the scoop? Comment below or Send us a Tip