An unidentified man who appeared to be under the influence of some sort of intoxicant or stupidity medication ended up driving the wrong way on the BQE last night, according to witnesses in Greenpoint. Details are still sketchy about the incident, which happened around 9:15 p.m. near the exit for McGuinnes Boulevard, but multiple reports (including this one) suggest the driver led police on a high speed chase, crashed his car, then jumped out and engaged officers in a footrace. Just close your eyes and picture that for a moment... yeah, Happy Thursday.

Neither the FDNY nor the NYPD had any information about the arrest, which usually means there were no serious injuries. The driver was arrested at the intersection of Herbert Street and Kingsland Avenue. As you can see here, dude's car got a little dinged up: 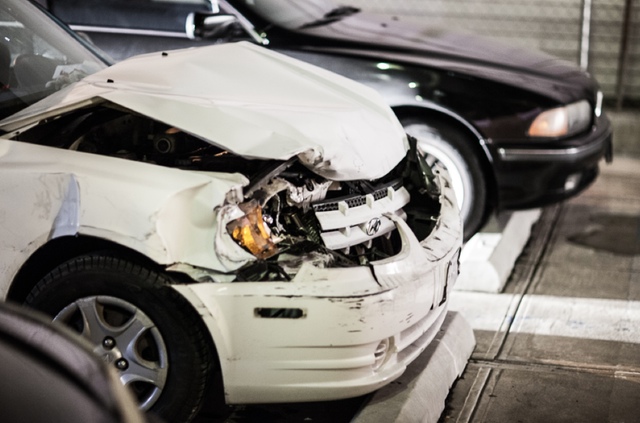 #bqe
#brooklyn
#hit and run
Do you know the scoop? Comment below or Send us a Tip