Yesterday, Governor Andrew Cuomo announced that the spire of One World Trade Center would be lit in black, yellow and red to pay tribute to the victims of the terrorist attacks in Brussels. But the end result actually looked more like a tribute to France. 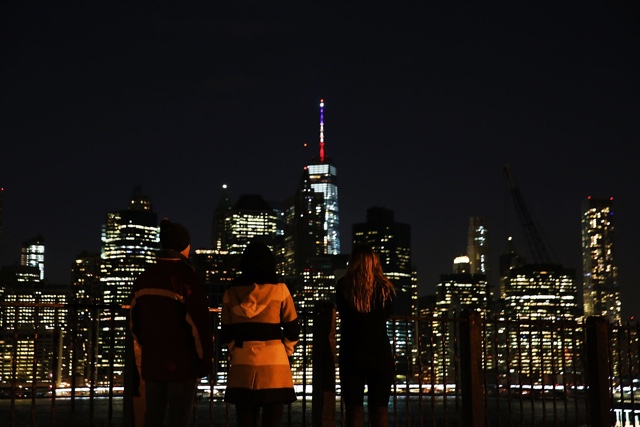 Cuomo had said, "Tonight, One World Trade Center will be displayed in black, yellow and red as we stand in solemn solidarity with the people of Belgium, just as they have done for us in the past. We join the world in mourning the victims of these attacks and remain committed to helping create a more just and peaceful world."

However, when the 408-foot spire was illuminated, others saw something different:

📷 One World Trade Center claims that it’s lit up in solidarity with Belgium. But…the spire is blue,... https://t.co/pg3cmKZtOE

A few saw some yellow, but not the black:

World Trade Center appears to be lit in red, yellow and .... purple? Or just my eyes? pic.twitter.com/JBa9fC3AaL

Tonight @OneWTC is lit in black, yellow and red as NY stands in solemn solidarity with the people of Belgium. pic.twitter.com/XupRXw4fb2

The NY Times reports, "One photographer who was there said the colors seemed closer to red, yellow and black in person, and others on social media said the photographs did show the colors of the Belgian flag... Representatives from the Port Authority of New York and New Jersey, an owner of the tower, could not be reached on Tuesday night. Earlier in the day, a Port Authority spokesman said that '10 percent white light' would be used to approximate the black portion of Belgium’s flag." 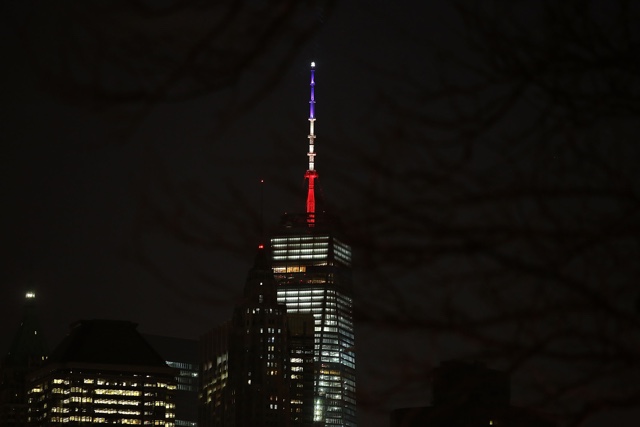 Update: The Port Authority's Steve Coleman says, "Making lights appear black is always tricky. The WTC was initially lit at 10 percent white (which was intended to appear dark grey/black) but was then darkened even more after dusk to make it look more black."