Photo: You Can Visit Donald Trump's Tombstone In Central Park

Donald J. Trump recently got approval to build himself a private cemetery at the Trump National Golf Club in Bedminster, NJ, but clearly he has some very thoughtful, very caring fans who don't want him to waste his time worrying about end-of-life planning. Someone erected a very classy Trump tombstone in the middle of Central Park this weekend, and were kind enough to leave his expiration date open to the fates. 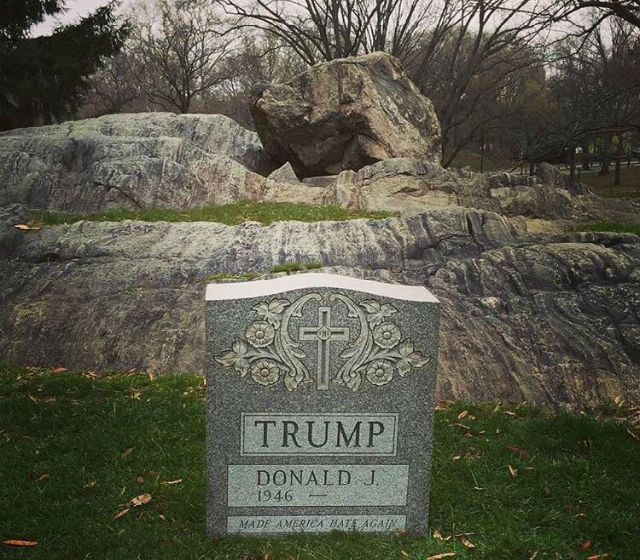 Tipster Annie Reiss came upon the beautiful tribute to the presumptive GOP presidential candidate this morning near Sheep's Meadow. "There were people taking pictures which is why I stopped," she told us. "It was definitely provocative, strange for Easter morning."

The tombstone has the inscription, "Made America Hate Again," which seems a lot kinder than "Made American Media Feel Guilty Again," "Made America Stupider By Proxy Again," or "Forced America To Acknowledge The Phrase 'Nuclear Global Warming' Again." In a completely random turn of events, the subject of what might appear on Trump's tombstone has been a popular subject of conversation on Twitter lately:

"I was liked by everybody" will be written on Trump's tombstone.

I want this carved on my tombstone, unless my body is vaporized in the nuclear holocaust started by President Trump pic.twitter.com/QupoPObWHL

I picture Donald Trump leaving directions in his will for his classy marble tombstone to read, "Sad!"

"I feel sort of foolish to be honest with you" should be the title of Trump's next book, hotel, tombstone

Of course, Trump may have a hard time seeing the good intentions in this generous gesture, seeing as how he's already approved our design for a perfect tribute to Trump in Central Park: 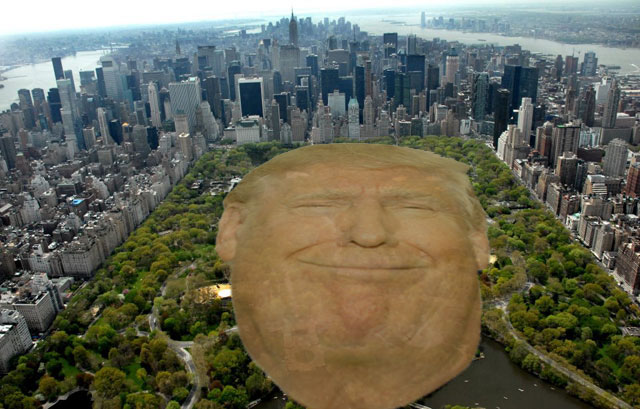 #central park
#donald trump
#election 2016
#made america hate again
#tombstone
#original
Do you know the scoop? Comment below or Send us a Tip