Of all the things one might possibly find on the train tracks—twerkers, kittens, strollers—we would never expect sheep to be there. But one little guy who was on the lamb, and possibly three sheep to the wind, did just that today.

The sheep above was spotted on the Metro North Hudson Line tracks north of Philipse Manor station at about 11:10 a.m. Wednesday. "Maintainers were able to safely shoo it back to a nearby gate from where it escaped," an MTA spokesman told us. "They then closed the gate. Service was not impacted, but we had trains operating at restricted speed on all tracks through the area until there was word the sheep had been cleared at 11:31 a.m." 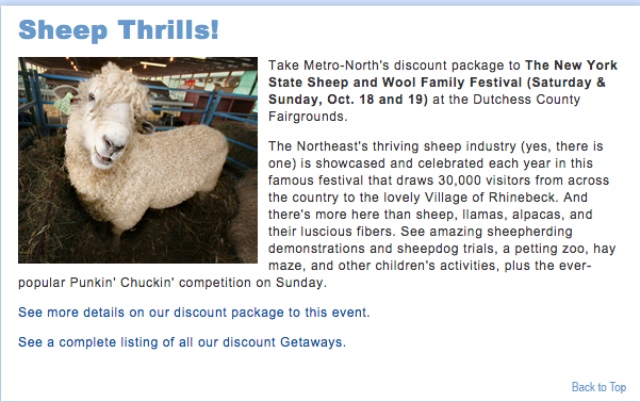 While it's pretty, pretty rare for sheep to end up on our train lines, this was hardly the first sheep to find itself hypnotized by the call of the tracks:

Maybe they were high.