NYPD Commissioner Bill Bratton was splattered with what appears to be fake blood at a protest in Times Square tonight. Hundreds of protesters had marched north from Union Square after it was announced that a Missouri grand jury declined to indict police officer Darren Wilson for fatally shooting unarmed 18-year-old Michael Brown in Ferguson in August. While walking through Times Square during the demonstration, Bratton and his security detail were spayed with a red liquid.

An NYPD spokesperson confirmed that one arrest had been made in Times Square, but would not elaborate on the nature of the charges. 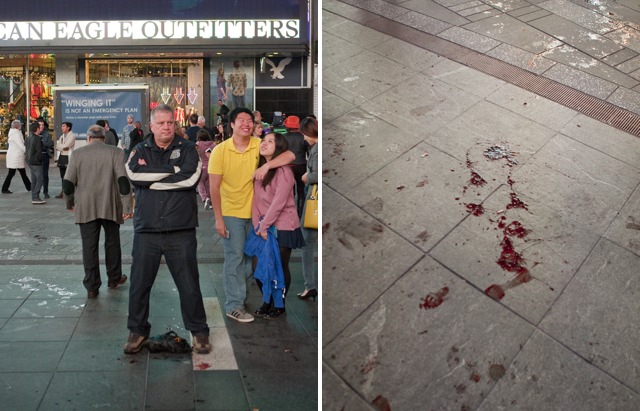 The bulk of the protesters proceeded north toward Harlem. Gothamist's Chris Robbins is on the scene and estimates that some 500 demonstrators are marching in the street up the west side. As of 11:45 p.m. the group was at 110th Street, accompanied by a heavy police presence.