Photo: Magic Markers Can Get You High, Especially When Filled With Cocaine 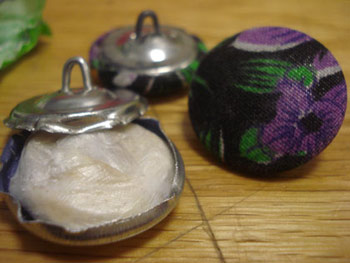 A Netherlands resident was accused of importing 16 pounds of cocaine hidden inside markers, deodorants, nail polish bottles, and buttons at Kennedy airport last Tuesday, according to the U.S. Customs and Border Protection. Tomas Sykora's bag was pulled for inspection on his layover between Haiti and Brussels, and U.S. Customs and Border Protection spokesman Anthony Bucci tells the Daily News Sykora showed "some traits of nervousness," likely due to the 16 markers, 17 roll-on deodorants, 24 nail polish bottles and 684 buttons all containing cocaine.

The CBP officials also say they became suspicious because of the "strong smell emanating from the bag." Sykora, a native of the Czech Republic, is currently being held without bail on a detention order; he's accused of importation of a controlled substance.

#cocaine
#drug smuggling
#drugs are bad don't do drugs
#JFK
Do you know the scoop? Comment below or Send us a Tip
A new Gothamist is coming! We’ve moved comments over to our beta site. Click here to join the conversation and get a preview of our new website.