An SUV burst into flames on the Brooklyn Bridge around 7:20 a.m., shutting down all eastbound lanes until just before 9 a.m., the FDNY tells us.

The driver apparently noticed the car was overheating and managed to get out before the flames took hold, officials said. No injuries were reported, minus the spiking blood pressure of everyone trapped behind the flaming vehicle while the bridge was shut down.

Here's another shot of the car as it's engulfed in fire: 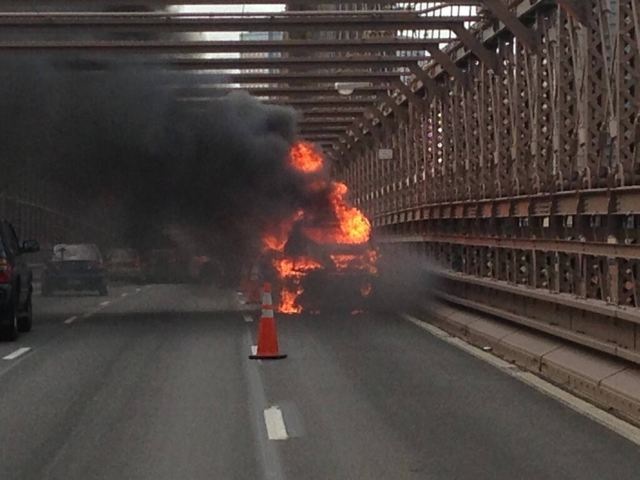 #brooklyn bridge
#fdny
#fire
#original
Do you know the scoop? Comment below or Send us a Tip