Yesterday, the NYPD and Staten Island DA's office held a gun buy back at the Calvary Presbyterian Church on Staten Island. And among the guns collected was a Colt AR-15 assault rifle (pictured above).

In exchange for dropping off a handgun or assault rifles, people received a $200 bank card ($20 bank cards for rifles/shotguns). The NYPD says that 96 weapon were turned in: 33 semi-automatic pistols; 40 revolvers; 13 rifles; 1 assault rifle (Colt AR-15); 1 shotgun; and 8 others (BBs, zip guns, starters). Four of the weapons were loaded and three were defaced. 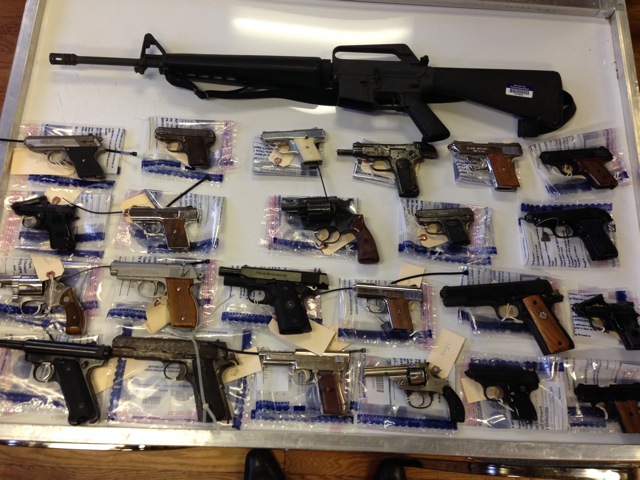 No questions were asked at the gun buyback.