38 years following his six-year-old victim's disappearance, the man convicted of kidnapping and murdering Etan Patz has been sentenced. A jury found Pedro Hernandez guilty in February, following his second trial for the famous cold case disappearance; Patz had last been seen on his way to a school bus stop in SoHo in 1979, and his body was never found. Today Hernandez was sentenced to 25 years to life in prison. 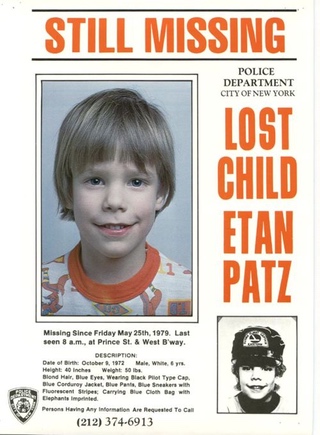 The NYPD had reopened the case of Etan's disappearance in 2012. Though they had no new evidence, Hernandez, who had worked as a deli clerk in the neighborhood at the time of Patz's disappearance, had allegedly admitted to strangling a boy to relatives and his church group. But detectives obtained a confession only after interrogating him for hours without a lawyer, which Hernandez's defense claimed was questionable because of his mental health issues, which include schizophrenia.

Hernandez's first trial ended in a mistrial in 2015 after 18 days of deliberations, with one holdout juror unable to agree to find him guilty. In February, another jury found Hernandez guilty after deliberating for nine days.

"The Patz family has waited a long time, but we finally have found some measure of justice for our wonderful little boy Etan,” Stan Patz, Etan's father, said in February after the guilty verdict came in.