Paying Your Respects, Getting No Respect 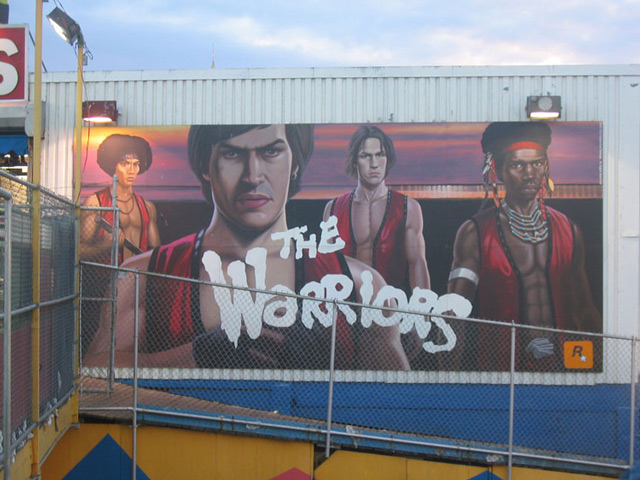 The New York Times has an interesting piece today on the mass arrest of a group of teenagers, who were rounded up as they were heading to their friend's funeral, in an effort to quell gang violence. A collection of young men and women, the youngest thirteen, were on their way from Bushwick to Coney Island in Brooklyn, dressed up (or down) in t-shirts bearing the name of their slain friend Donnell McFarland, who had been shot in the head on a basketball court a week earlier. His funeral was being held in Coney Island, but police swooped in and arrested all of the participants before they could get to the subway.

The police, already fearing retaliatory violence, say the youths were exchanging gang signs, wearing T-shirts with a gang name and bounding atop cars when they were arrested. Parents and teachers of the group and witnesses said that they were no more boisterous than any group of teenagers would be in similar circumstances, and that they did not see any youths atop cars.

The charges are misdemeanors: unlawful assembly and disorderly conduct. No drugs or weapons were found, and there were no injuries to those arrested or to the police. The officers did not draw their guns. Yet this roundup of teenagers and young people has gotten widespread attention.

Interviews with those arrested, their parents, witnesses who did not know the youths, as well as accounts provided by the Police Department and the Brooklyn district attorney, provided contradictory versions of events. But they correspond in one aspect: The arrests were part of a police operation that unfolded with precision.

The Times article describes an incredibly well-coordinated operation to head off the possibility of retaliatory gang violence. Whether it was warranted or not remains in dispute. A police dept. spokesman says that the NYPD was responding to concerns of community leaders that the group was poised for trouble. Neighbors and onlookers could not understand why the young men were being met with such a swift response. No drugs or weapons were found on any of the arrestees.

McFarland was shot in the head by James Kelly, a 16-year-old and former friend of the victim, who became estranged from him after a recent series of violent confrontations. It's said that the two were parts of different factions of the Bloods gang, although McFarland was described as the head of the Pretty Boy Family, an ostensibly non-gang group that just like to dance and hang out.

McFarland was so well liked that his high school was excusing students from school to attend his funeral if parents signed a permission slip and appeared for their child's dismissal. Most of the arrested teengagers appeared at a neaby park with a parent before they were arrested. While several female arrestees and those under 16 years of age were released, most of the male students were held overnight.

“They seemed more interested in asking us questions about the murder than telling us why we were arrested,” Mr. Callender said. “They just kept asking us stuff like, ‘Who has the guns?’ and ‘Who is going to strike next?’ But they were giving me information about people that I didn’t even know. They knew more than we did.”

McFarland was killed on a basketball court after a seemingly innocuous series of incidents that one wouldn't think would warrant a murder.