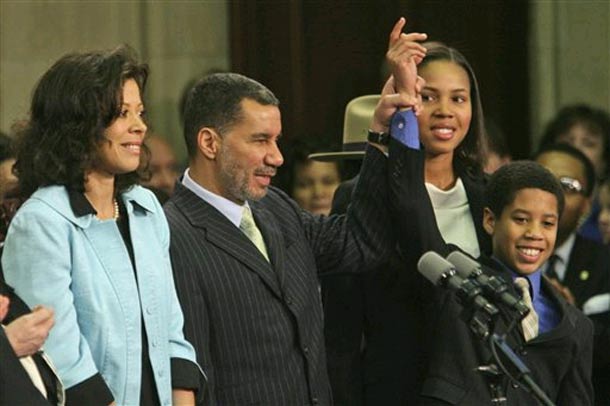 Just hours after becoming the 55th Governor of NY State, David Paterson and his wife Michelle have admitted to both have extramarital affairs during a rough patch in their marriage. Their joint interview appears in the Daily News, in an article written by columnist Juan Gonzalez.

Apparently the Patersons wanted to preempt any further rumors and speculation about affairs. From the Daily News:

"This was a marriage that appeared to be going sour at one point," Paterson conceded in his first interview Saturday. "But I went to counseling and we decided we wanted to make it work. Michelle is well aware of what went on."

In a second interview with Paterson and his wife Monday, only hours after he was sworn in to replace scandal-scarred Eliot Spitzer, Michelle Paterson confirmed her husband's account.

"Like most marriages, you go through certain difficult periods," Michelle Paterson said. "What's important is for your kids to see you worked them out." 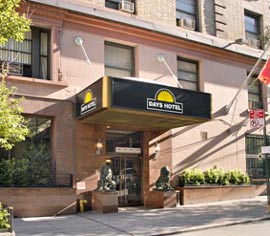 Paterson said his affair with one woman started in 1999, lasted two or three years. He disclosed he and the woman sometimes spent time at the Days Inn at Broadway and West 94th Street on the Upper West Side.

But after the affair, Paterson said, "From time to time I used to take Michelle to that hotel" too, when they were trying to revive their marriage--a marriage counselor suggested they do "new and exciting things." plus it was away from the kids and, Paterson pointed out, "only four subway stops from my Harlem office." He also denied the "sporadic rumor in Albany that I had a love child" with another woman, declaring it as "just not true."

It's unclear what the fallout, if any, will be, but this much is definite: He wasn't wiring money to a prostitution ring! And Politico's Ben Smith writes "The general reaction from a quick poll of my New York sources: 'Yawn.' Also: Smart, and tough, of Paterson to get it out now."

#affair
#david paterson
#days inn
#governor paterson
#michelle paterson
#Upper West Side
Do you know the scoop? Comment below or Send us a Tip