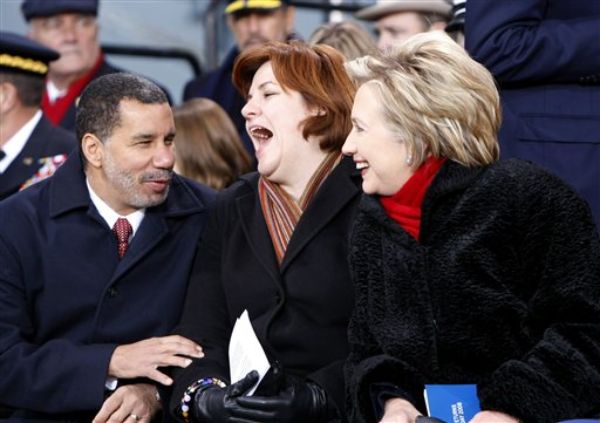 While there have been no further signs from President-elect Obama that he will select Hillary Clinton to be his Secretary of State, speculation is still rampant about who Governor Paterson would choose to replace her in the senate if she does in fact take the position. Any of the original suggestions that Paterson would escape the state's overwhelming budget crisis and appoint himself seem to have been squashed with Paterson telling friends he plans to remain governor.

That leaves local papers doing their best guessing to pinpoint just which state politician would be the most advantageous to Paterson politically. With such a heavy concentration of state leadership coming from NYC as of late, over the weekend Buffalo-area Congressman Brian Higgins was floated as the leading contender for the spot.

If Paterson is worried about eliminating a potential rival in the 2010 campaign for governor, Andrew Cuomo keeps being mentioned as a serious possibility. But sources say Cuomo is not inclined to take the spot and Paterson told the News, "I don't see Andrew as any prospective challenge to me; he's told me time and time again he doesn't want to run against me."

Now the latest name being thrown around as the front-runner to replace Hillary is local Congresswoman Nydia Velazquez. Velazquez, a strong Clinton ally, was the first Puerto Rican woman elected to the House in 1992 and chairs the Small Business Committee. She's being called a "twofer" since Paterson would keeping the senate seat in a woman's hands as well as showing his commitment to Latino leadership--a move that couldn't be more timely with the Gang of Three still threatening to challenge the leadership of State Senator Malcolm Smith. Paterson told the News, "At some point it would be a very good opportunity to have a person of Hispanic descent as a city or statewide leader."

As for whether any and all of this will happen as a result of Senator Clinton changing hats, Obama is still remaining mum on the matter. When asked about last week's meeting with Clinton on 60 Minutes last night, all he would say was, "You know, she is somebody who I needed advice and counsel from. She is one of the most thoughtful public officials that we have."