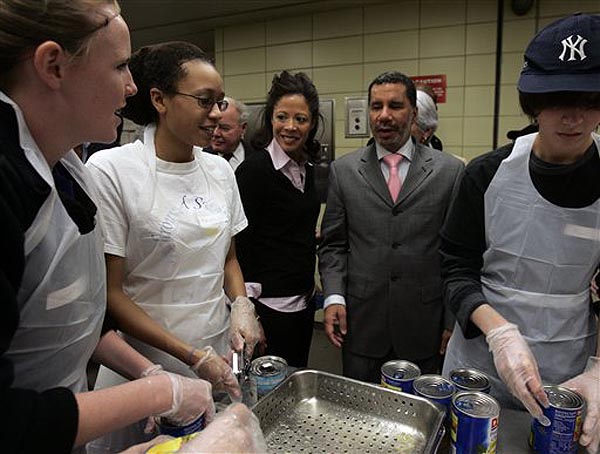 With Senator Hillary Clinton expected to be announced as Secretary of State-designate next week, rumors have been coming fast and furious about who Governor David Paterson might appoint to replace her. Yesterday, Paterson addressed the rumors and told reporters, "I think that the misunderstanding about diversity is the feeling that because you might choose a woman or a person of a different nationality or a person who lives in, say, the upstate region, you're doing it just to satisfy the people who live there."

Paterson emphasized that he would take his time--until at least Clinton is confirmed--and added, "Filling the shoes of our senator, Hillary Clinton, should she move on, is going to be very difficult. I'm glad it's not me because I'm not appointing myself, because I don't know if I could fill those shoes." Ah! So at least we know it's not him. Also interesting: The NY Times suggests that Paterson is annoyed that rumors that Cuomo is a frontrunner are coming from...Cuomo's staff.