Paterson Did a Little Coke in His Time, What Gives? 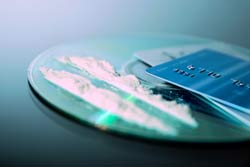 We may have entered an unheralded era in political frankness with the inauguration of Gov. David Paterson. The new gubernatorial head admitted in an interview with NY1 political anchor Dominic Carter that he's done drugs; different drugs. And not experimenting; he used substances a few times.

Where's all the hemming and hawing about what the definition of "using" coke is? Smoking it? Snorting it? Speedballing? Paterson was sniffing a fine chablis and some cocaine fell up his nose? Bill Clinton could spend years of an independent counsel's time trying to wriggle out of those questions. George W. Bush could say it's irrelevant since he's found Jesus. Our Governor just cops to being a young man in the 1970s with an indiscreet, if not unusual past. Has NY found its first honest politician--willing to accept some responsibility for indiscretions on the way up, rather than falling back on them as an excuse (sex addict) on his way down?

How will New Yorkers take this revelation? In preparation for tough times, will they accept a Governor who's just willing to be a straight-shooter with them? On the other hand, illegal drug use is just that: illegal. Is Patterson indemnifying himself by characterizing himself as shady in advance?

#1970s
#admits
#bush
#clinton
#cocaine
#marijuana
#ny1
#paterson
Do you know the scoop? Comment below or Send us a Tip