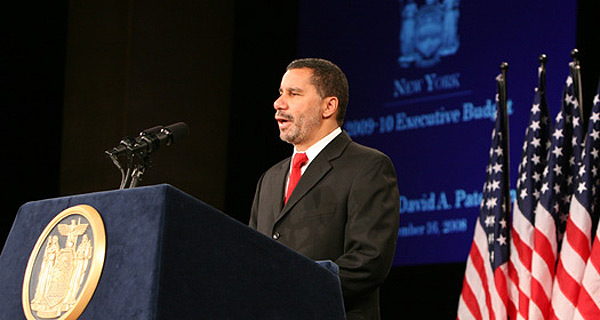 Governor Paterson introduced a budget, full of tax hikes and fees for things like regular soda, beer, movie tickets and online music downloads in addition to big cuts to education spending, to combat a $15.4 billion budget deficit this year and next. Many critics have argued that these taxes—aiming to raise $4 billion—are hitting regular people, and now Governor Paterson tells the NY Times the rich may be taxed.

The governor said, “Taxing the wealthy is probably going to be part of the solution if the deficit gets any worse, and all indications are that it probably will. If the deficit starts to grow again, then we’re out of moves. I’ve cut as much as I could.” However, it's unclear who would be taxed (would it be people making over $250,000 or over $1 million or something in between) and whether the State Senate would pass it.

The Times points out that without a specific tax hike on the rich, Paterson's budget already limits " the amount that millionaires can deduct on their state tax returns," plus "there are also new taxes on luxury items like yachts and furs." The Working Families Party welcomes Paterson's stance; Dan Cantor, Working Families Party Executive Director, said, "Governor Paterson's recognition that balancing New York's budget will require modest tax increases on the rich is heartening. All parts of society will need to sacrifice to end our fiscal crisis. And it's economically and morally sound to require wealthy New Yorkers to pay more in order to prevent even deeper cuts to school children, the elderly and the disabled. The wealthy in New York have have seen their taxes cut in half, and that simply isn't fair."