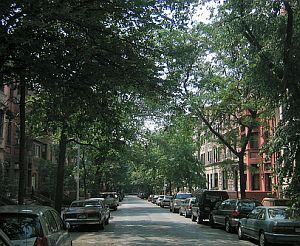 Starting Monday, alternate-side-of-the-street parking will be suspended on residential streets in Park Slope until further notice. The parking reprieve is being granted while the city changes all the signage to reflect a big change in the alternate-side parking rules: On street cleaning days, the duration of the “No Parking” times will be cut from three hours to 90 minutes in Park Slope.

Residents of Cobble Hill, Carroll Gardens, and Red Hook will get the same deal later in the year. If you’re at all unsure over whether you’re in the Park Slope boundary, here’s an official map. And though the local community board is pleased about the changes, they still have yet to adequately address Park Slope’s stroller parking crisis. That's right, no mention of Park Slope is complete without throwing in a clichéd stroller jape.

#alternate
#brooklyn
#cars
#cleaning
#park slope
#parking
#reprieve
#rules
#side
#street
#suspended
Do you know the scoop? Comment below or Send us a Tip