Park Slope Mugging: "They Backed Me Up Against My Door" 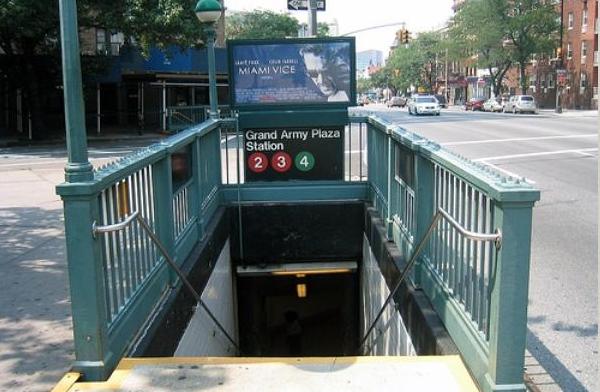 As a counterpoint to the tale of the mugging in pre-gentrification Bushwick (or East Williamsburg) in New York magazine, we bring you this mugging story from gentrified Park Slope. From the Morgan L station to the popular Grand Army Plaza stop, a woman gave a first person account of being mugged on Sunday with Only the Blog Knows Brooklyn.

The woman says she had left the subway station around 10:30PM at night. While she was aware of two people about 20 feet behind her, she felt okay because other people were around.

I turned down my block, and when I turned around, saw that they were following me. All I could think of was I needed to get to my door as soon as possible. I took my keys and my cell phone out of my bag. They came up on my stoop, I heard them and turned around, and then they backed me up against my door, pulled on my coat, telling me to give them the bag.

All I could think of was that they were going to drag me somewhere. The smaller of the two grabbed my bag, and they both ran into the park. I started screaming for people to help me, my downstairs neighbor and one of my other neighbors ran into the park after them, and a bunch of other people came out. My roommate and this other woman called the cops. I really appreciate all my neighbors and what they did for me. The cops came right away, asked me to get in the car, and we were going to drive into the park to see if I could identify them if found.

The cops caught one of the muggers, the woman identified him, and she later learned he gave up his friend -- and she'll testify at the grand jury later this week. Still, she feels "violated" and "scared."