Park Avenue In East Harlem Is A Cyclist Corridor Of Death

This morning, a 25-year-old man was killed by a livery cab at the intersection of 108th street and Park Avenue. The driver, Nojeem Odunfa, didn't see bicyclist Jerrison Garcia beside him when he turned left underneath the Metro-North tracks, crushing Garcia. Odunfa was arrested at the scene—he had no driver's license.

The NYPD has charged Odunfa with a "Right-of-Way" violation and "Failure to Exercise Due Care," charges that only carry a $750 fine, as well as the misdemeanor charge of driving without a license. Whether the NYPD actually begins to charge negligent, dangerous drivers with weightier charges remains to be seen (although it seems unlikely), but what makes this morning's collision all the more tragic is that it was predictable.

According to I Quant NY, since 2012, there have been three cyclist fatalities at or near that intersection. In addition, at least six cyclists have been injured in the area, all navigating the treacherous corridor that runs along the Metro-North viaduct. (The area is no less threatening to pedestrians: Last November, a 65-year-old woman was killed on East 102nd Street after a box truck jumped the curb and struck her.)

Courtesy of I Quant NY, here are the recent bicycling accidents:

Courtesy of I Quant NY

One of those deaths was Shaquille Cochran, who was also killed by a taxi, also at 108th street. The other death was Marvin Ramirez, who was killed by a Dodge Sedan, just a year after Cochran. 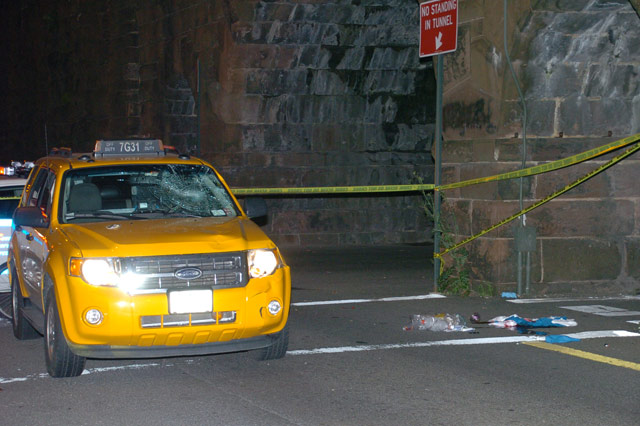 In both cases, there was no criminality suspected by the NYPD. As Streets Blog points out, a ghost bike was installed at the very same intersection where now two cyclists have been killed. And still, no improvements have been made for the safety of the corridor.

Looking at the Vision Zero website, where community members can post concerns about dangerous traffic patterns, the stretch along the viaduct of Park Avenue is filled with telling complaints: "poor visibility," "red light running," "not enough time to cross the street." The danger seems clearly documented, and the DOT seems aware of the need for change. Earlier this year, Community Board 11 approved a proposal by the DOT to extend curbs and create more substantial street markings. 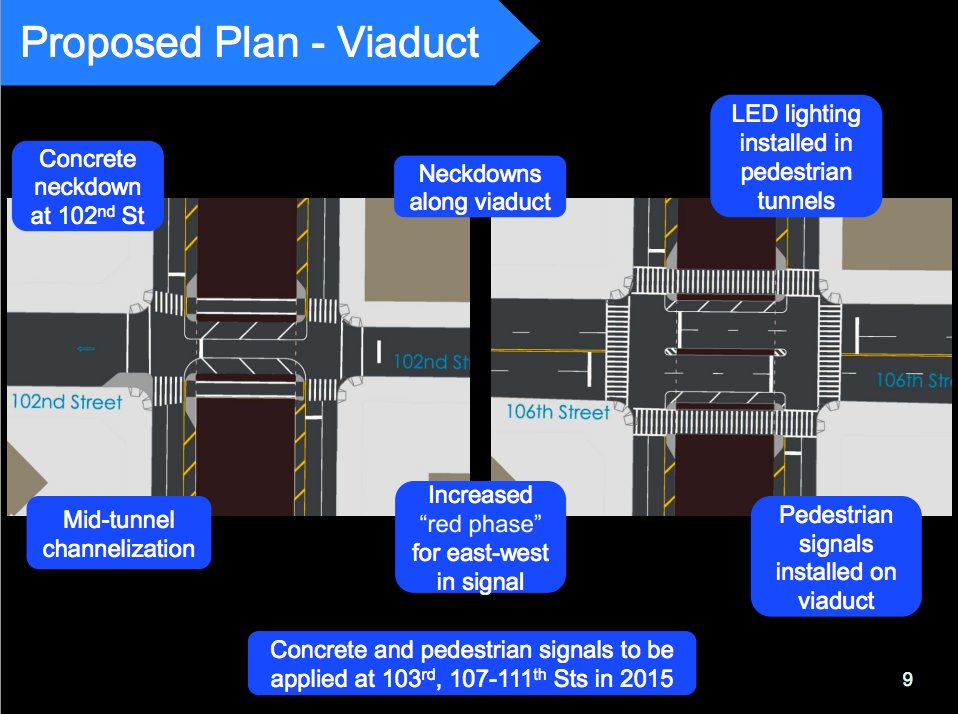 It's unclear whether these would make the street safer for cyclists, who are already competing for space with drivers along a narrow stretch. The changes are slated for 2015.

Even with the narrowness of the stretch, the driver involved in this morning's accident should have not been driving at all.

"If you are suspended in baseball, you don't get to play. If you have your license suspended or no license at all, you simply don't drive," said Noah Budnick, deputy director of Transportation Alternatives. "The driver shouldn't have been behind the wheel in the first place."

Earlier this year, the city council passed a series of traffic safety laws, including one that would take away a TLC license from drivers who operate with a suspended license or lacking one entirely (how they get a TLC license without a driver's license is another mystery altogether). But the TLC has been slow to act on this new law.

Odunfa, the driver, remains in police custody. Budnick stresses that police investigations take time and further charges might be heading his way.

"The collision squad has to investigate, and the District Attorney has to determine whether to charge him with a great crime. It takes time."