When it was revealed that a Brooklyn school run by the Success Academy charter network was systematically pushing out struggling and disabled students identified on a "Got to Go" list, the company's head Eva Moskowitz said the list was the work of a rogue principal, unrepresentative of any broader policy. Critics of the lucrative, influential 36-school network have long alleged that it maintains high test scores by pressuring parents of students with disabilities to pull them from its schools. A federal civil rights complaint filed yesterday by 13 parents along with politicians and advocacy groups bolsters the case, alleging that difficulties faced by special-needs kids are actually the result of a company-wide policy that has been in effect for years.

"Success Academy operates schools in some of the most distressed neighborhoods of this city and receives considerable public funding but fails to serve students with disabilities in accordance with the law," Legal Services NYC direct Raun Rasmussen said in a statement. "These children deserve better."

The complaint says that Success often fails to identify students with disabilities or provide them with accommodations, and when they remain at Success schools, retaliates against them through suspensions, making them repeat grades, and calling 911 to force the hospitalization of kids as young as five, all in violation of federal law. Moreover, the suit says, school administrators fail to notify parents of their rights to dispute discipline, fail to mention existing services, fail to provide required alternative education when kids are suspended, and fail to document removals from school as required.

The suit cites the experiences of 13 anonymous students at eight Success schools in Manhattan, Brooklyn, and the Bronx.

Public Advocate Letitia James signed onto the complaint along with Queens Councilman Daniel Dromm, who chairs the Council Education Committee. One parent agreed to talk to the Daily News. Katie Jackson's 9-year-old son Josiah Dent-Beckett is one of seven kids in the complaint whose allegations relate to their time at Success's Harlem schools.

Dent-Beckett started kindergarten at Harlem 2 in 2011 and was recommended to be placed in special education at the end of first grade after being diagnosed with learning disabilities. When he repeated second grade, Jackson asked for him to be placed in a smaller class, but administrators told her they didn't have one and that they would place him on a waiting list for another Success school.

"He was in a class with 32 students and it was too much for him," she said.

Harlem 2 never offered other standard support services, according to the complaint, and starting this school year, administrators started calling Jackson saying that her son was acting out. In one instance lawyers cite, he was upset because he was standing on line with other students at the end of the school day holding a quiz with a large F grade on it. When Jackson asked about it, she says administrators told her it is school policy for students who fail a quiz to keep it visible until their parents arrive to pick them up. 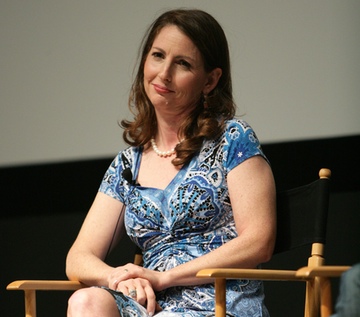 Last fall, an evaluation team recommended a smaller class size, but when Jackson asked about the status of the waiting list, she was told simply that she would have to attend an Education Department-run public school. The alternative, she says she was told, would be to have her son repeat another grade.

"The principal told me right to my face, 'If he comes back next year he will be left back again,'" Jackson said.

The other cases all echo this one, with some variations—some parents have already withdrawn their child, one was expelled in his fourth year, and some parents, like Jackson, are still fighting to receive special education within Success schools.

Each set of allegations involves school administrators ignoring or downplaying disability diagnoses, and when confronted with them, failing to provide such support measures as small classes or paraprofessionals. When behavioral problems arise with the inadequately accommodated special-needs child, rather than reassessing, the schools allegedly suspend the kids, force parents to pick them up early, and in some cases, call paramedics to take them to emergency rooms.

In one instance, the Harlem 3 school allegedly called a mom and told her to come pick up her son (who administrators had denied a paraprofessional) because he was showing "unsafe behavior." When she said she needed 45 minutes to get there, the administrators reportedly called 911, then when she arrived, they forced her to wait three hours for an ambulance. She asked to leave to pick up her other kids, but they said if she did, they would call the Administration for Children's Services to report her. Paramedics ultimately didn't show, according to the complaint, telling administrators they don't pick up children for misbehaving.

The mom said she never got her son's enrollment letter for 2015, and when she demanded that he be reenrolled, the principal said if she didn't take him out, he would repeat kindergarten, the complaint says.

The lawsuit calls for a civil rights investigation, and for the feds to force Success to follow laws regarding students with disabilities and discrimination.

In a statement, Moskowitz sought to downplay the claims, framing them as the gripes of a handful of aggrieved parents:

We provide 11,000 students, including over 1,400 special needs students, with an excellent education and have thousands more students on our waiting lists. We are disappointed that these 13 families do not feel the needs of their children were met.

Meanwhile, the State University of New York, which licenses charter schools, is planning to investigate Success's alleged pressure tactics, according to a New York Post report.