Amber Scorah and Lee Towndrow's son Karl died in July, on his first day of day care. He was three months old. The facility where he was enrolled, Soho Child Care, came recommended by family friends and the paper of record. But Scorah and Towndrow, both occasional Gothamist contributors, didn't learn until after the fact that the facility was not registered with the City or the State. Employees stated that they had CPR training, which turned out to be false.

In the months since Karl's tragic death, Scorah and Towndrow have spoken out in favor of greater government accountability when it comes to registering and monitoring day care facilities. For example, new legislation proposed by a group of State senators would require City-run daycares to post letter grades, not unlike restaurants.

"The process for finding out about violations is not very open, and most parents have difficulty tracking this information down," Scorah told us earlier this month.

Legislation aside, Towndrow and Scorah say there's an underlying, and much larger, issue—young working parents feel pressure to send their infants to day care when they are only a few weeks to a few months old. The couple recently launched an online paid parental leave campaign in Karl's name.

Scorah and Towndrow both work full-time—Scorah as an editorial producer at Scholastic, and Towndrow is a freelance visual effects artist. "Without a solid paid parental leave program in the US, you can choose to step away from your job, but then you lose your health insurance and your income," Towndrow told us earlier this month. "You're putting your child more at risk." 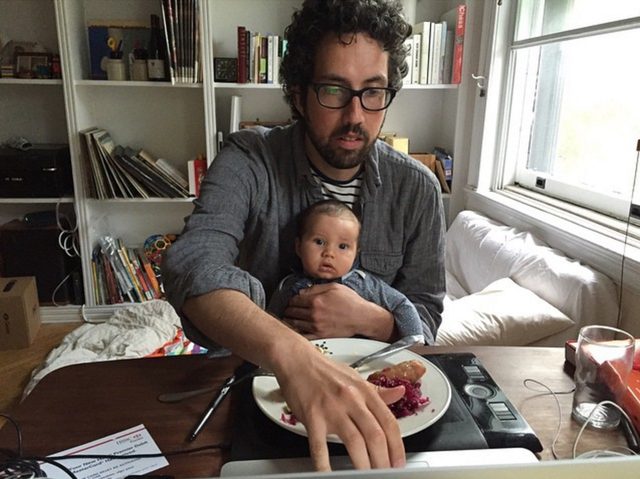 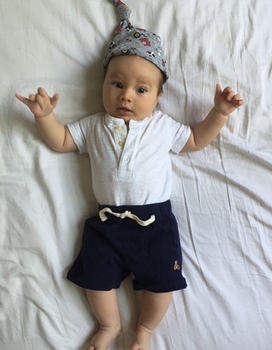 In a heartbreaking op-ed published in the NY Times, Scorah elaborates on the painful bind she and her partner found themselves in, and their realization that day care was the only feasible option. She writes, "I justified it a million ways, as one justifies when one has run out of alternatives":

In comparison with the other new mothers I knew, I felt lucky to have three months’ paid maternity leave after Karl was born. Most of the parents in my community had only weeks before they had to leave their babies to go back to work. But nonetheless, even with three months under our belts and Karl’s neck strong enough to hold himself up, I was uncomfortable with the idea of leaving him. I wanted to be his caregiver longer, until he was a bit bigger....

As the end of my leave drew near, I asked my company for more time off, without pay. I was told by the HR department that there was no system in place that allowed for extending maternity leaves. I went higher up the chain. Just two more months? There was nothing that could be done. The only option would be to quit.

I contemplated it. By the time I paid for child care in New York City, I was barely making much take-home pay anyway. But what compounded the financial concern was that if I quit, I would lose our health insurance.

Scorah goes on to acknowledge her relative financial stability. If she had taken a few extra months off of work, Towndrow could have covered rent and food. Still, the insurance consideration solidified their thinking. On the July morning that she brought Karl to day care, Scorah writes, "I felt propelled down the street, swept into the train, carried along by a system that gave me no choice but to submit to the inevitability of any working mother of an infant in America."

Parental leave is not a legal requirement in New York State. However, the national Family and Medical Leave act mandates up to 12 weeks of unpaid, job-protected parental leave following the birth of a child. Time off due to pregnancy complications can be subtracted from this. The law applies to public agencies, public and private schools, and any company with more than 50 employees, so long as the employee meets a lengthy list of additional requirements.

Out of 41 countries highlighted in a recent International Labor Organization study, the US mandates the shortest parental leave. Iceland has the second-shortest leave, at 13 weeks, but it's entirely compensated. The UK and Australia mandate an entire year, partially compensated.

"This isn’t an indictment of the company I work for," Scorah writes. "I had one of the better parental leave policies of anyone I know. What this article is about is that my infant died in the care of a stranger, when he should have been with me. Our culture demanded it."