Palin Gives Only NYC Interview to My9 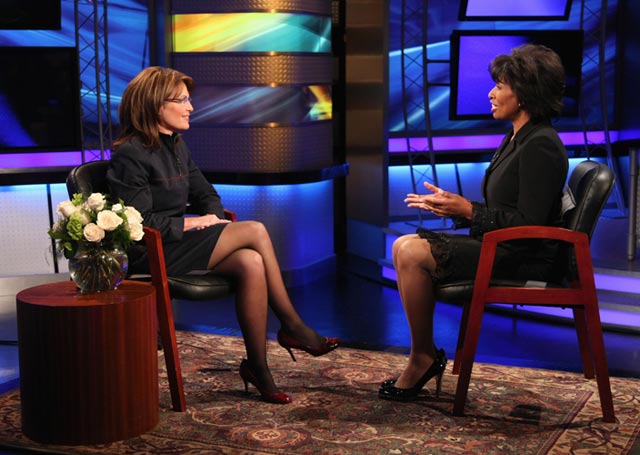 Photograph of Sarah Palin and Brenda Blackmon by Michael Loccisano/Filmmagic

While Saturday Night Live spoofed her limited media interaction, Republican vice presidential candidate Sarah Palin did give one TV interview while in NYC: She sat down with My9's Brenda Blackmon for a segment that aired last night. My9 is sister station to Fox 5--both are owned by the News Corp.

Palin said while she loves different parts of the country, the toughest part about the campaign "has been the shots taken against the kids—against the family. They’re my kids. The mama grizzly bear in me comes out makes me want to rear up on my hind legs and say ‘wait a minute.’ It’s a little bit unfair there. It has nothing to do with taking the country in a new direction.” But she said they were weathering through it and knows you need to tough in a national campaign.

When Blackmon brought up former Secretary of State Colin Powell's reservations about her experience, Palin "begged to differ" and cited her executive experience, also noting the vision she shares with John McCain. As for Saturday Night Live, she said she would do it again "in a heartbeat," calling SNL "nice and welcoming environment... We need more of these days. When it is just fun."

You can watch the interview here.

#Brenda Blackmon
#interview
#My9
#sarah palin
Do you know the scoop? Comment below or Send us a Tip