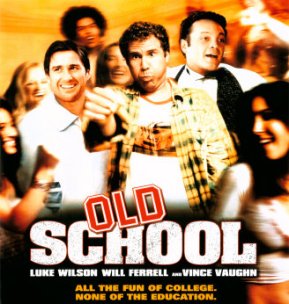 After years of legal wrangling, the Appellate Court has backed the College of Staten Island and says that the CUNY school can deny official status to fraternity Chi Iota. But the battle may not be over, as the brothers want to fight this at the Supreme Court.

Chi iota had applied for official status at CSI in an attempt to be the first Greek-letter organization on campus, but CSI denied their application, finding that the frat's all-male membership policy violated the school's anti-discrimination policy. Chi Iota sued, and last year, U.S. District judge Dora Irizarry said that CSI should allow Chi Iota status, since frats and sororities are usually exempt from those rules.

The fraternity had claimed that female members would cause "inevitable jealousies and other conflicts" (and lesbian members could also be disruptive!) but pointed out that it held events open to both sexes at karaoke bars, laser tag facilities, and strip clubs. But that admission about having open-to-all parties may have been the problem. The Staten Island Advance explained the court found "the fraternity isn't due the First Amendment protection afforded to groups that limit all their functions to one sex."

The NY Times' Alan Feuer had a very bemused article about the ruling. Here's an excerpt:

The panel seemed to take a generally unfavorable view of fraternities, ruling that they are “intimate associations” of a lesser strength than, say, a marriage, a proposition that many pledges may choose to dispute...

Indeed, in its tone and language, the ruling seemed to suggest that it had probably been a while since the circuit judges last watched “Animal House.” It discussed the inner workings of the Greek system with an oddly clinical approach (“The fraternity selects its members,” one passage reads, “through a process called ‘rush’ ”) and betrayed a decided unfamiliarity with rituals that would be well known to almost any alumnus of the Big Ten.

Attorney General Andrew Cuomo said, "This opinion rightly enables the College of Staten Island to pursue their commitment to creating a community devoid of prejudice."

The Advance reports that the Chi Iota brothers were unable to comment because of Rosh Hashanah, but their lawyer wants to get the case before the Supreme Court.